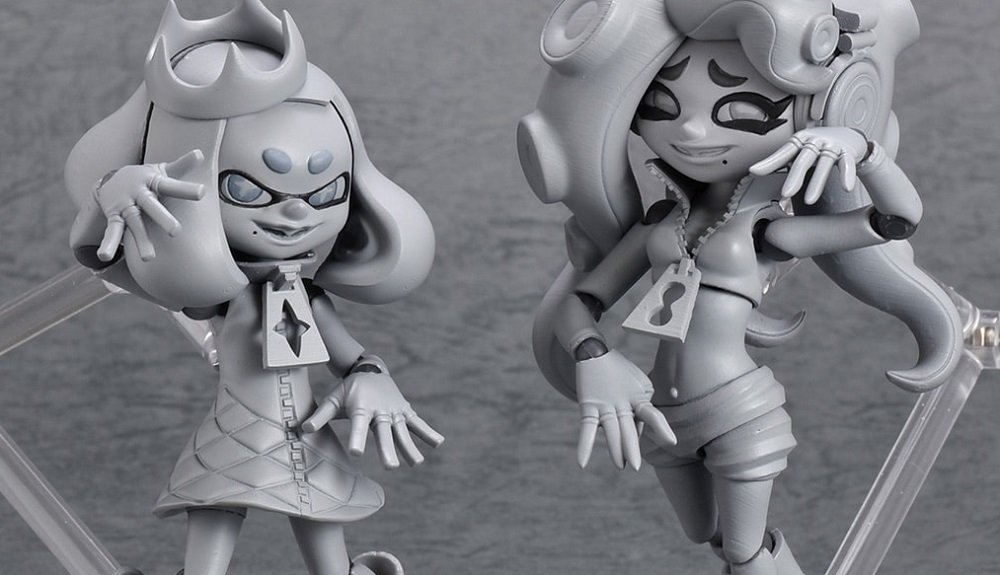 If, like me, you miss the antics of Splatoon 2’s Hostesses with the Most..esses, Pearl and Marina, then your spirits might be lifted by this image of their incoming Figmas, which are currently in the works at fine merch manufacturers GoodSmile.

While both Marina and her better companion Pearl are presented here unfinished and unpainted form, we can already see that the Off the Hook duo will feature the expert sculpture and precision articulation of which the Figma range is renown. The Splatfest hosts will no doubt look absolutely fabulous in their final forms. Unfortunately, there is still no release date announced for the rap-rock duo, pre-orders are expected to go live later in 2020, so we’ll be sure to keep you informed.

In the meantime, Splatoon 2 is available now on Nintendo Switch. While the colourful arena shooter has certainly entered its twilight years, it retains its passionate and welcoming community. There’s still time to jump on board and paint the town red, green, and purple, while we wait eagerly for news of a sequel.