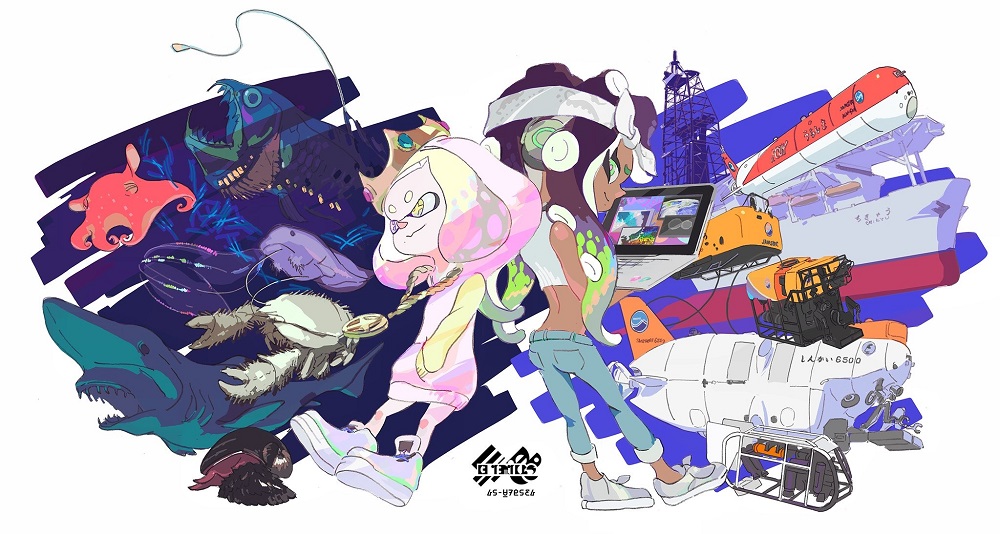 Another round of ink-blasting fun has come to an end, as Japanese squid-kids have ended their latest 24-hour war on Nintendo’s arena-shooter, Splatoon 2.

This time around the topic, sponsored by JAMSTECH: The Japan Agency for Marine-Earth Science and Technology, saw “Unknown Creatures” go head-to-head with “Advanced Technology”. Asking players whether they prefer the weirdness of undiscovered nature or the scientific marvels of invention.

Now that the ink has dried, we can see that Team Marina’s Advanced Technology has swept the board with a 3 – 0 victory. The world of computer science, intricate invention and space-age tech won not only the public vote, but also points for both Solo and Team Play. This should make Marina and her fans very happy, as this is the sweet DJ’s first ever clean-sweep victory.

There are currently no more Splatfests waiting in the wings, but no doubt we’ll be getting announcements of more topical warfare soon. After all, Pearl won’t take this 3 – 0 drubbing lying down.