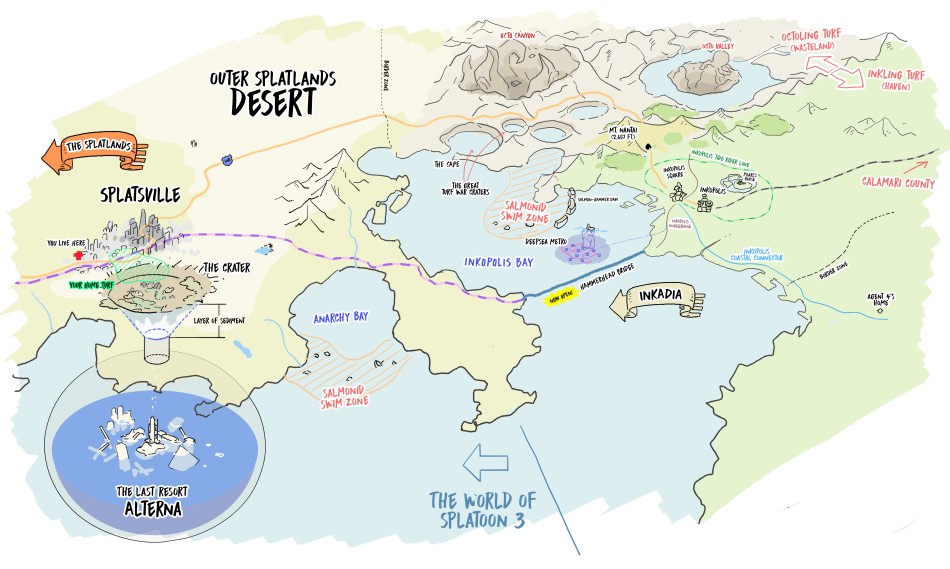 “For people in the United States, it may be like driving to Las Vegas from Los Angeles”

In a chat between Hisashi Nogami (producer), Seita Inoue (co-director), Shintaro Sato (co-director), and Toru Minegishi (composer), we get some insight into what plays out offscreen in the Splatoon universe. After a brief overview of what the franchise entails, they’re off to the races. 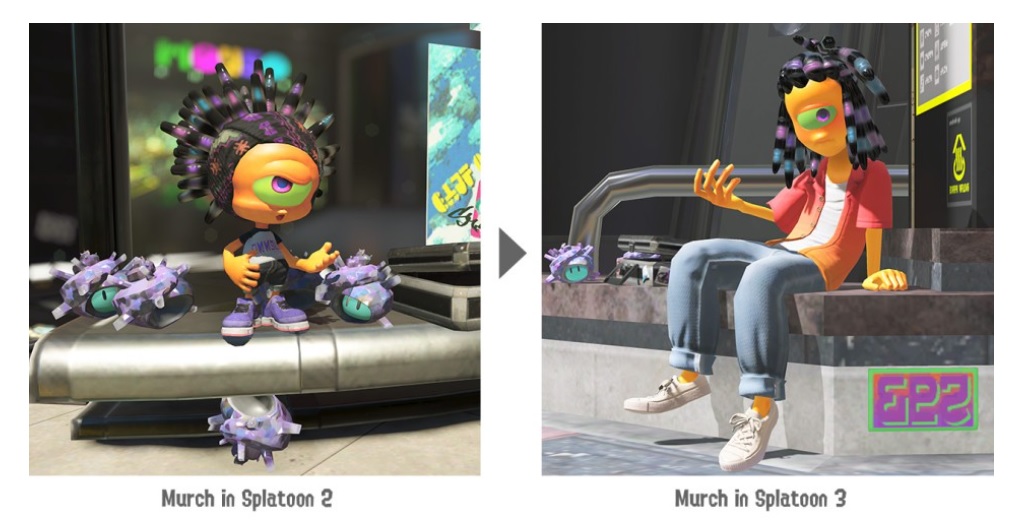 A map of the Splatoon world

In what might be the biggest breakout piece of info in the interview, the developers muse on where things are actually located in the Splatoon world — including the new locales in Splatoon 3. The studio created a “tentative document” to fill out the world, and it even has real-life accurate distances in mind. Inoue notes: “As you can see, Inkopolis Plaza in the first title and Inkopolis Square in the second title are both located in the heart of the city, and they are only about as far apart as Shibuya Station and Harajuku Station on the train in Tokyo. In terms of distance, it is about 1.2 kilometers (approx. 0.75 miles).”

Splatsville (the third hub), however, is “in a region far away,” and has a “completely different climate.” Sato expands on where Splatsville is relative to everything else, too:

“Splatsville is barely accessible from Inkopolis Plaza and Inkopolis Square by taking a single local train line. The distance is similar to that from Tokyo to Atami or thereabouts in Japan. It is in a rural area that would take a few hours to drive on the highway. For people in the United States, it may be like driving to Las Vegas from Los Angeles. Although geographically quite distant, highways that opened up in the five years between the second and third titles allow convenient access to the area.”

They also touch on a few other changes, namely how much Murch (a character present previously) has grown between Splatoon 2 and 3. Nogami provides a rundown on why they decided to go for the angle of the passage of time: “We wanted players to feel that the time in the game passes with their own real lives. In that sense, we could say that this is a game franchise in which players and developers walked side by side over the seven years since the first release.”

The team elaborates on how the sense of style in the world shifted too. If you want, you can give the entire interview a read while you wait another day to play Splatoon 3.