You Will Get Wet

Nintendo has announced that it will be launching a major update for its global hyper color shooter Splatoon 3 tomorrow, November 29 — The Version 2.0.0 update will add a variety of modes, items, stages, and other features to the smash-selling Nintendo Switch release.

So, what’s on the agenda? Well, first and perhaps foremost, Splatoon 3 Version 2.0.0 will add the returning “X Battle” mode. This allows players of S+0 ranking or higher to compete for the much-vaunted “X Power”. Participating players will be auto-slotted into one of two leagues dependent on their home territory: Takoroka Division for Japan, Hong Kong, S. Korea, Australia, and New Zealand; and Tentatek Division for the Americas and Europe.

Once players are assigned their division, they can take part in X Battles across modes such as Splat Zones, Tower Control, and Rainmaker, while earning X Power in conjunction with their wins and losses. (X Power will be separately tracked across each mode). Much like its appearance in Splatoon 2, X Power and X Battle is sort of an “endgame” league for top-tier players, allowing for the slickest Squid Kids and Octolings to truly shine. This new form of league ranking will launch on November 30, resetting with each fresh season. In addition to X Battle, Splatoon 3 Version 2.0.0 makes several changes to both Ranked Mode and Salmon Run. Players now can voluntarily reset their rank once per season, whereupon the system will automatically assign you the lowest ranking tier as designated by your online play statistics. In addition, some of the point values needed to achieve certain ranks have been increased.

Salmon Run introduces the new “Big Run” events, which will see huge flurries of Salmonoids swimming upstream every few months. During these events, Salmon Run battles will award players with special rewards and exclusive items. More details are to be expected as the first Big Run approaches in early December. And speaking of Salmon Run, some of the boss characters and weapons have had a balance tweak. A new Salmon Run map — Marooner’s Bay — is also being added to circulation. 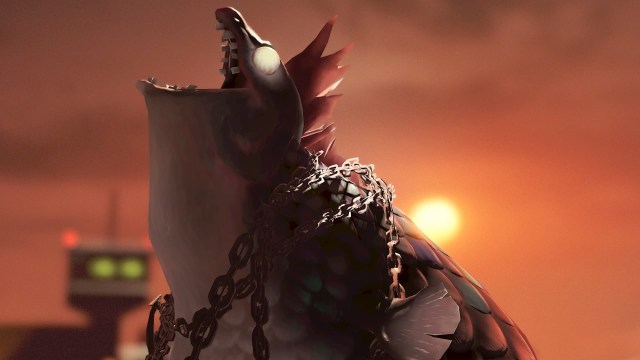 For all your shopping needs, a new catalog will be added to the in-game store, packed with over 50 new items including new gear, titles, Splashtags, decorations, stickers, and emotes. Back out in the arena, players can fight it out on two new stages — Brinewater Springs and Flounder Heights — and paint up a storm with three new main weapons, 10 alternate loadout weapons, and 13 new Tableturf Battle Cards. A huge round of rebalancing has also been applied to the Splatoon 3 arsenal.

Alongside this huge litany of balance tweaks to main weapons, specials, and subs — as well as bosses and ranks — the developer has released a mammoth list of bug fixes. In fact, the rebalancing features in Version 2.0.0 is far too hefty to be fully disclosed here, but you can find a full list of patch notes, (along with a full explanation of the changes to Salmon Run and X Battle), right here on the official Nintendo site.