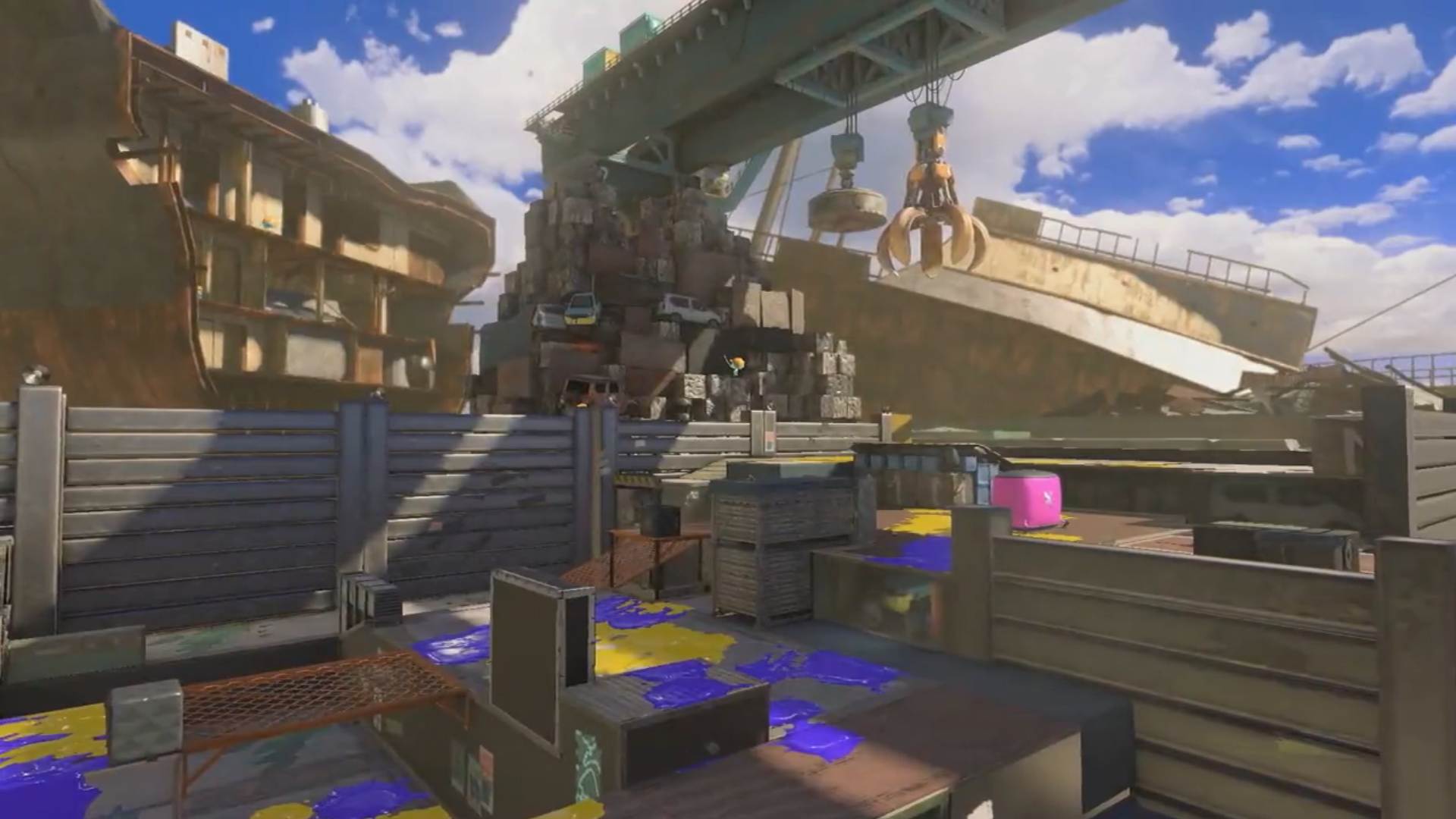 Splatoon 3 is steadily approaching, and the team has been teasing some more of what’s to come. Yesterday, the Splatoon NA Twitter account posted a teaser of a Splatoon 3 map in some decaying ruins.

Dubbed “Mincemeat Metalworks,” this facility was made from scrap metal, in order to make more metal. There’s also some notable commentary here, that there was once a sea here but it evaporated.

The map itself has a cool juxtaposition between the cold steel ruins, baking in the sun and heat, with the paint globs and inflatable cover Splatoon is known for.

Squid Research Lab here with a meaty discovery—this is rare imagery of a new multiplayer stage: Mincemeat Metalworks! The facility was made FROM scrap metal in order to make MORE scrap metal. Also, there was a sea here that evaporated. Surely unrelated to heavy industry! pic.twitter.com/Z5RTmLMml4

The whole vibe of Splatoon 3 seems to carry on this theme of aquatic life taking over a messed-up world. It’s worked well for Splatoon in the past, and the Splatlands seems like it could be a cool new area to explore.

It’s not just new maps, though. Splatoon 3 also has some cosmetic changes that will help players have a much more visually distinct squid-kid avatar.

The team recently showed off the tricolor eyes and customizable eyebrows that Splatoon 3 will have as well. Plus, new hairstyles and fresh fashion. I mean, Splatoon is an ink-based shooter, but it’s also about fashion.

Splatoon 3 was recently locked in for a September 9 date on Nintendo Switch. The messy shooter will essentially close out Nintendo’s summer. Hopefully we get to see more of it soon; while we’ve had updates on the multiplayer and PvE Salmon Run mode, I’d still love to see a deeper dive into the single-player portion.

Whether we get a Direct with more info soon or not, Splatoon 3 is set to launch on September 9.