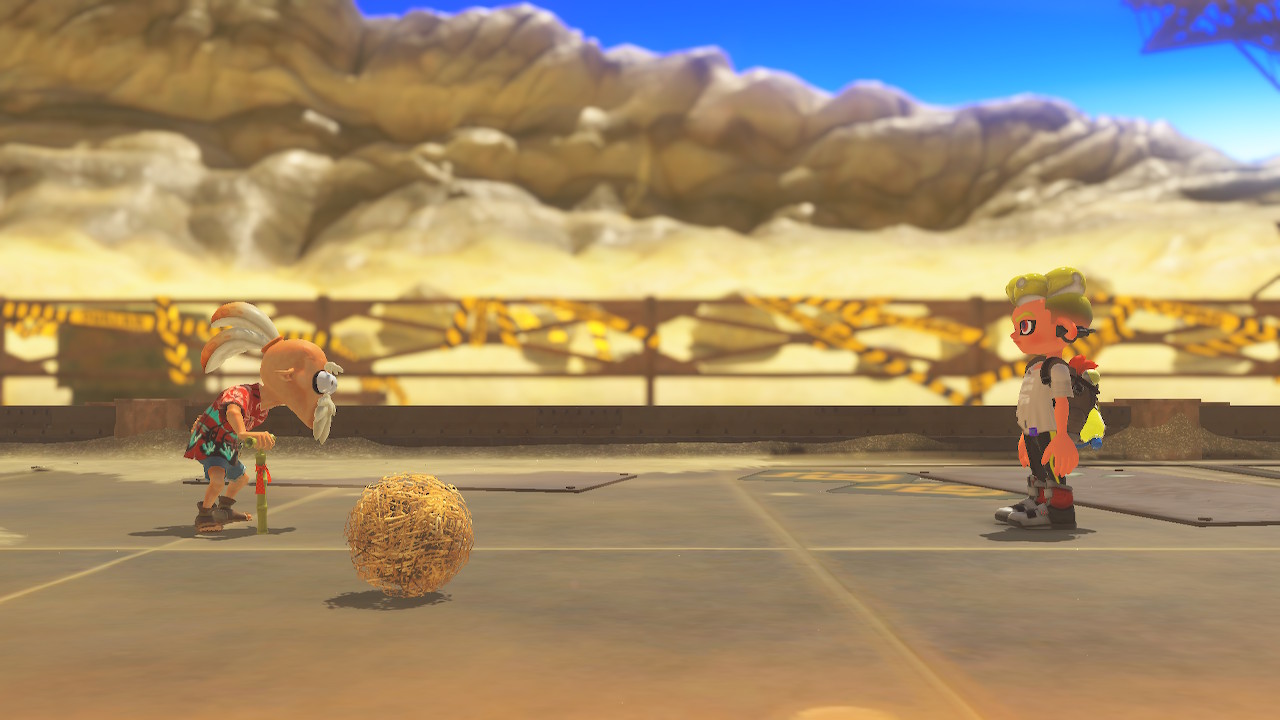 Mostly to shore up the campaign

A Splatoon 3 day one patch is confirmed by Nintendo, as detailed on their Japanese support site. The good news? It’s small!

Walking through the patch, it mostly impacts some last-minute campaign changes, also referred to as “hero mode.” You can alter Cap’n Cuttlefish’s appearance in-game, and utilize a photo mode “in some places” in the story. The patch also enables online play for folks to get the game ready for launch on September 9 worldwide.

Simple stuff! Thankfully it’s not a massive patch that fixes crucial issues. I was able to play through the entire campaign, as well as a number of turf war, ranked, salmon run, and Tableturf Battle (the new card game) without any big problems. Ideally, this patch doesn’t add any!

You can now change the commander’s [the NPC Cap’n Cuttlefish’s] appearance by pressing the A button to “investigate” the “sketchbook” inside the crater tent.

*Even if you have progressed to the previous stage, you can temporarily return to the crater by examining the catfish stuffed animal in the camp and selecting “Remember the crater”.

You can now use “Shooting [Photo] Mode” in some places in Hero Mode.

You can now use functions related to Internet communication.

*The latest update data is required to play online elements.

*Local communication is not compatible with Ver. 1.0.0. Please match the version of the update data with the person you play with.