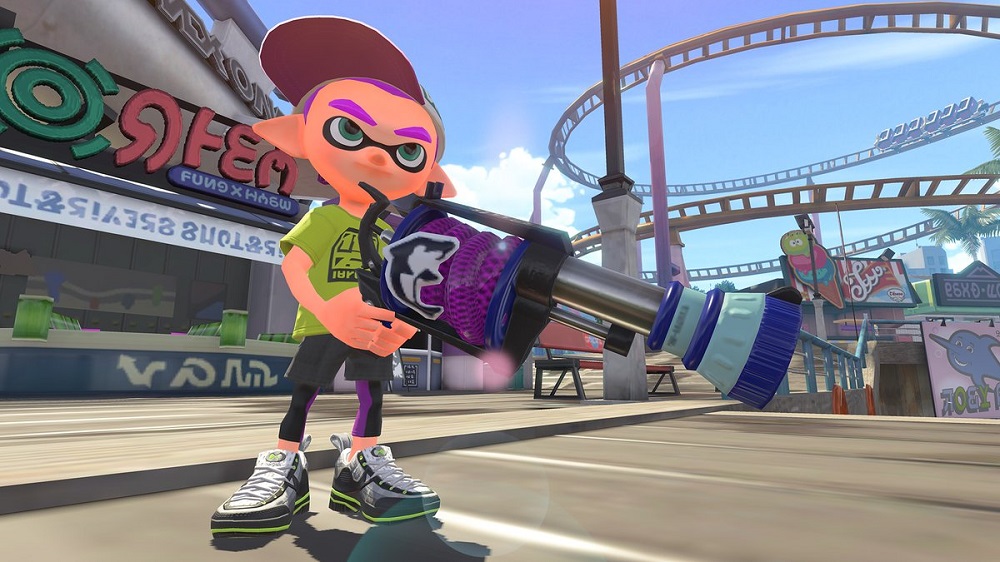 It was recently revealed by Nintendo that once Splatoon 2 gets its 3.0 update, the weekly weapon may be ditched in favour of monthly batches of weapons instead. For now though, it’s business as usual, and a new weapon joins the arena-shooter’s arsenal tonight.

The H-3 Nozzlenose D is this week’s tool of the trade. It is a variant on the L-3 Nozzlenose, instead substituting speed for attack power. It has good range and fires in stacatto, three-round bursts, capable of splatting an opponent in fast order. This new “D” variant comes equipped with a Suction Bomb sub and an Ink Armour special.

Splatoon 2 fans have been inundated with info over the last fortnight, from details on the upcoming X Rank, to new features and gear from next month’s Octo Expansion, as well as the arrival of new maps and weapons. All of which lends credence to the fact that Nintendo still have a lot of faith in the colourful team-shooter.

The H-3 Nozzlenose D gets added to #Splatoon2 tomorrow morning!