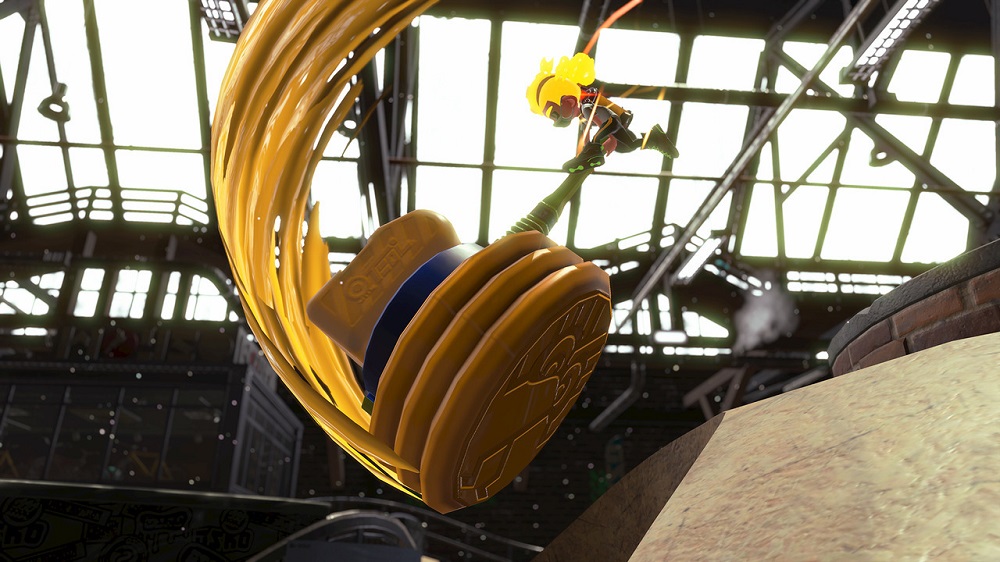 A brand new special is coming to Nintendo’s competitive shooter Splatoon 2 next week, and, boy howdy, it looks like something right out of the big bag of Looney Toons sight-gags.

The Ultra Stamp – which was revealed on the official Splatoon 2 Tumblr – is a new Special which will come as a loadout with certain weapons. The Ultra Stamp is essentially a giant mallet, dripping with your team’s ink. Activated, it can be pounded into the ground, not only creating a huge splat of colour, but woe betide any unfortunate squid kid in the landing zone.

Not only that, but while raised, the Ultra Stamp doubles as a pretty neat shield for high-firing attacks, although your six will be totally open, so maybe have a pal watch your back. Regardless, it’s an insane and very comical looking weapon. I love it!