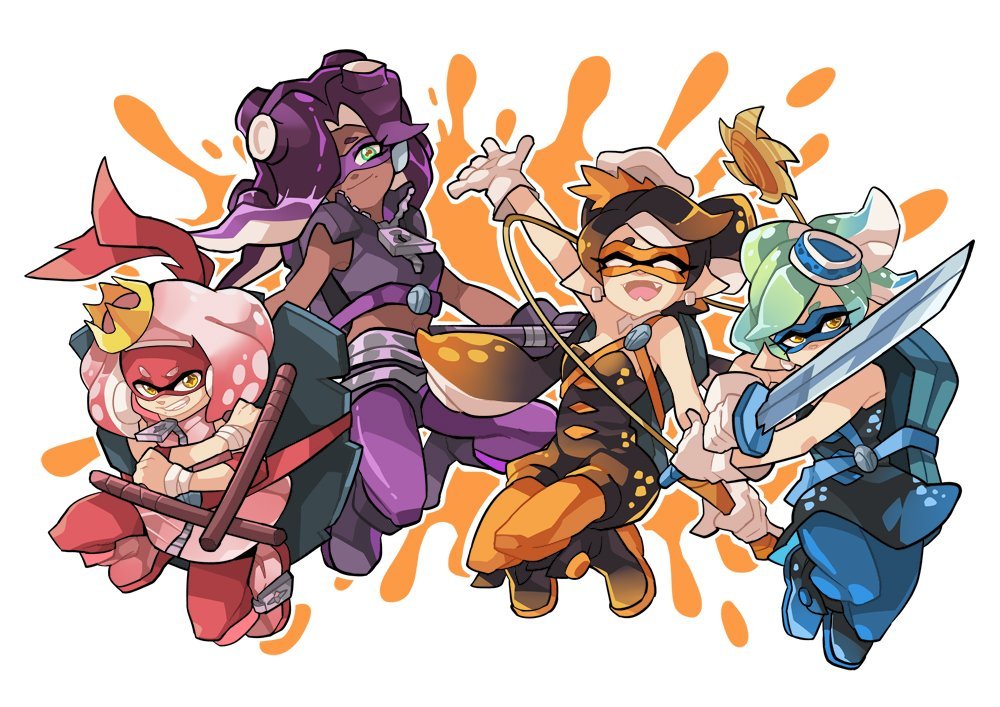 After three weeks of colourful, ink-splashing warfare, the North American and European Splatoon 2 communities have finally decided, once and for all, who is the greatest Teenage Mutant Hero Turtle.

So, it’s official: “Doing machines” is what the people want, as Team Marina’s Donatello took the 2 – 1 victory over hot-headed badass, Raphael. Once again, the popular vote (53%) went the way of the runner-up, but Donnie bagged both Solo and Team Play points to take tournament glory. Is this an upset? You decide.

Although the TMNT tournament has reached its dramatic conclusion, over in Japan a new battle is just beginning, with round one of the Sanrio character splatfest also in the books. Flag-bearer Hello Kitty defeated Cinnamoroll 2 – 1, despite the latter taking a huge 60% of the public vote. So at least Pearl has something to be stoked about this weekend,

Next week will see My Melody face off against Pompompurin, the winner of which will now face the feline one in the Grand Finals. But, for now, congratulations are in order for Team Marina and her boy, Donatello. Maybe brains really are better than braun. 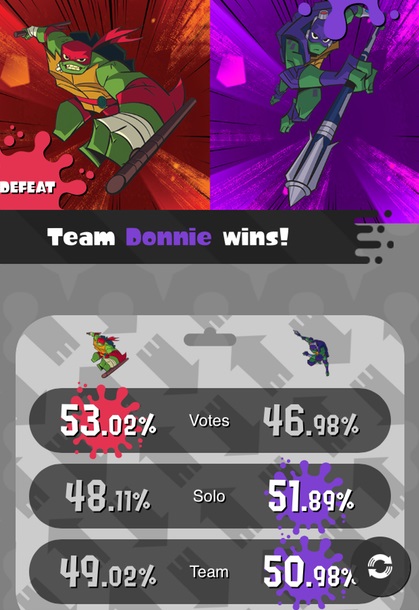