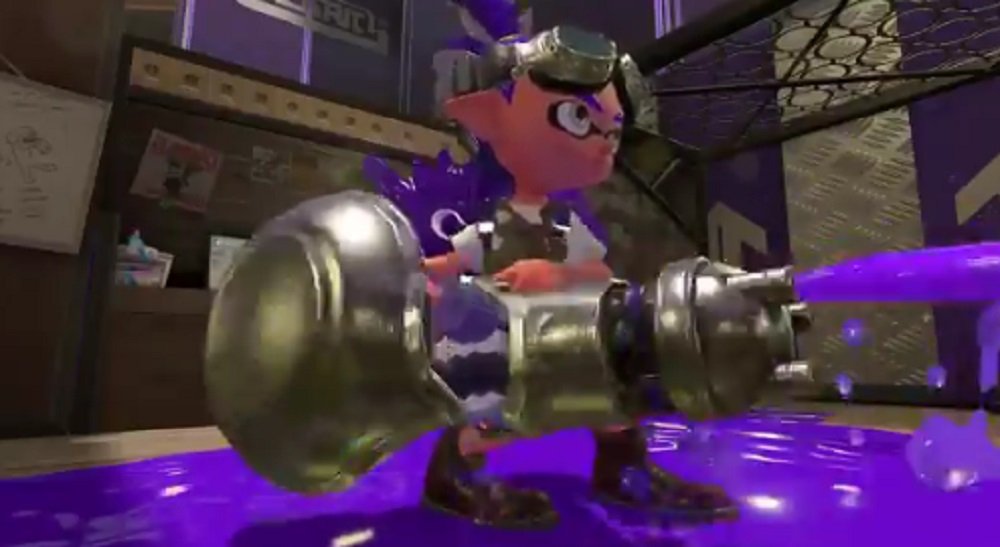 On my signal, unleash ink

Nintendo have put out a teaser tweet that appears to be hyping nothing more than a single item in their popular Switch shooter Splatoon 2.

The tweet references upcoming new weapon, the Nautilus 47, a rapid-firing, mini-gun-esque blaster. However, the Nautilus will house a very particular mechanic in that it allows players to hold and store their charge, giving trigger happy Squid Kids and Octolings the ability to save up a barrage of shots, swim into the heat of battle, then unleash a powerful volley of ink instantly. Scary stuff.

There is currently no date for the Nautilus 47’s release, but perhaps it will arrive in time for this weekend’s upcoming civil war, a foolish venture which will see Squids take on Ocotopi in a badly-timed splatfest. Speaking of splatfests, hosts Off the Hook finally got their long-awaited amiibo release. You can check out my unboxing video of the musical twosome right here.

The Nautilus 47 is a new Splatling type weapon with a difference – it allows you to store your charge! It’s coming to #Splatoon2 in a future update. pic.twitter.com/W3bIyhYQpr