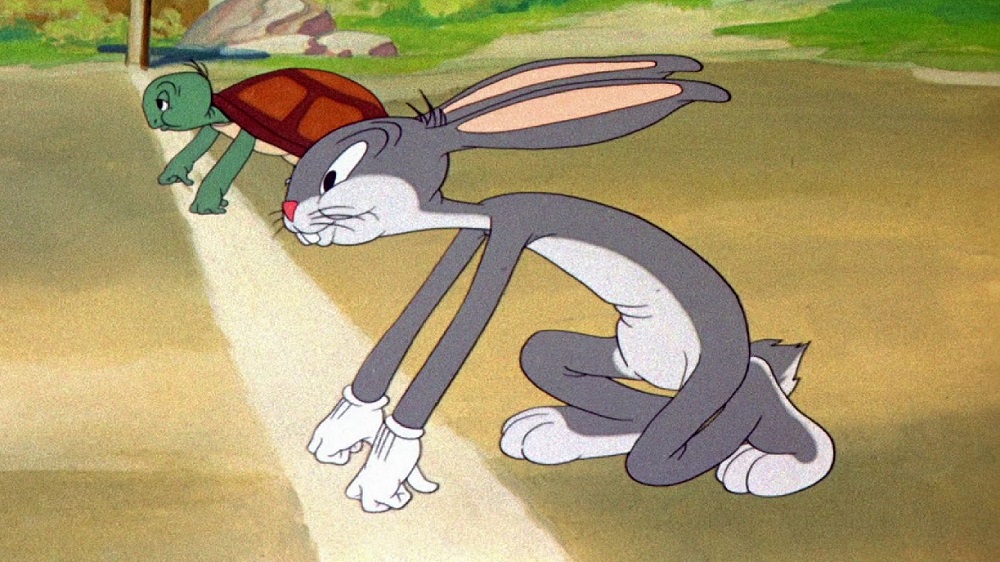 Will Slow and Steady win the race once again?

Nintendo has revealed the topic for the next splatfest, to be held in a couple of weeks on Switch multiplayer shooter Splatoon 2. Having recently looked at fantasy, food and fashion, Our loveable hosts Off The Hook are turning their attention to the literary classics.

The next splatfest asks players who they’ve got in a rematch centuries in the making: The Tortoise or The Hare, from Aesop’s fable… erm… The Tortoise and The Hare. For those of you uncultured swines in the gallery, it is an ancient tale of a foot race between a brash, arrogant hare and the more humble “slow and steady” tortoise.

In the end [SPOILER WARNING] The tortoise wins out, which is bullshit on both a scientific and realistic level. But then the story also features talking wildlife, so I’m probably looking too deeply into the lore. The moral of the story is to just take way too long to do everything, because you’ll still be the best. At least that’s how I’ve chosen to interpret it, an interpretation I’ve since applied to my work ethic, social responsibilities and love life.

But it’s 2019 and it’s time for a rematch. Pearl will be in the corner of the Hare, while Marina is backing the super-casual Tortoise, which makes sense as she’s clearly the kind to stay in bed all morning and be 20 minutes late to everything. The splatfest will take place on the weekend of April 19 in Japan, North America and Europe and will, as always, be based on a three point system: the Public Vote, Regular Play and Pro Play. 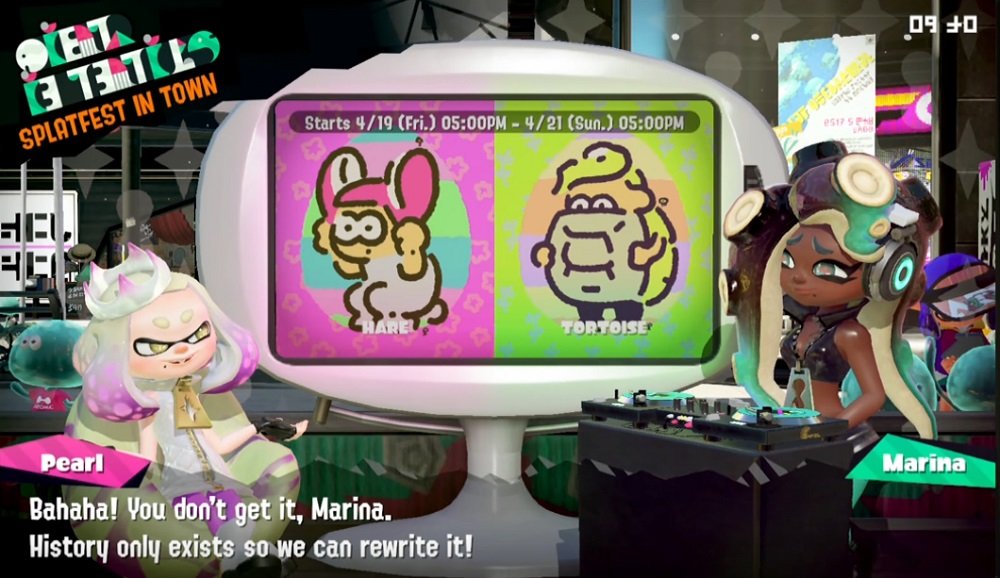