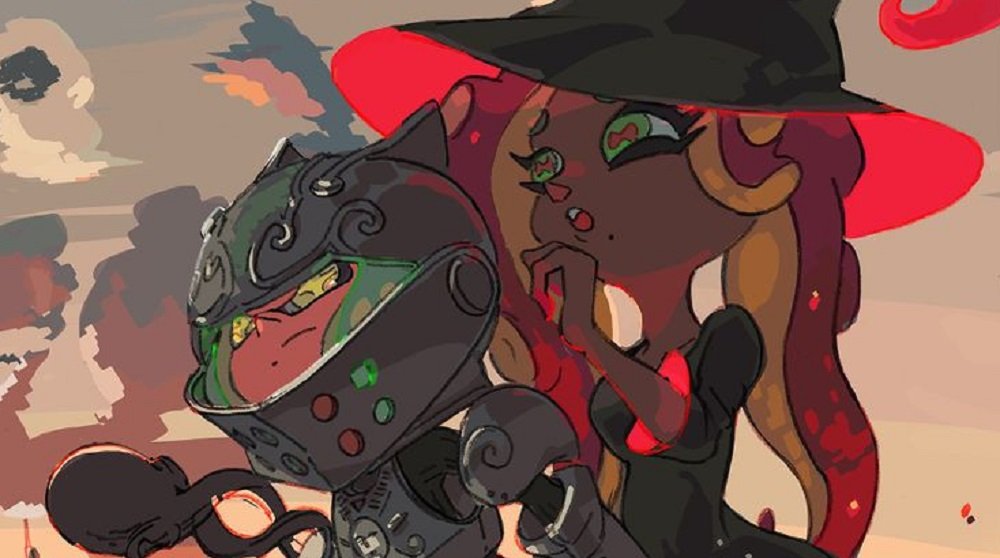 From tonight, the Splatoon 2 global community rides into battle once again, fighting it out in another splatfest on the Nintendo Switch shooter. The topic of discussion is a pretty cool one this time, although I feel its result is a bit of a foregone conclusion.

Players across North America, Japan and Europe will take to the arena to decide which fantasy character they prefer; Knight or Wizard? Pearl is donning the armour of a brave knight, while Marina prefers the mystical arts of wizards. As always, a three-point system will be the decider, consisting of a public vote and two further points earned in Normal and Pro battles. I’m pretty sure this is gonna be an easy win for Marina. I can see Wizards sweeping this victory.

As we mentioned last week, should you have the Enchanted Gear or Steel Gear skins (unlocked through the Octoling Boy and Octoling Girl amiibo) then be sure to equip them in order to get a full Knight/Wizard ensemble for your character. The medieval splatfest kicks off in North America tonight at 21:00 PT / 00:00 ET until the same time tomorrow. The European splatfest will run from 00:00 BST on Saturday until the same time Sunday.