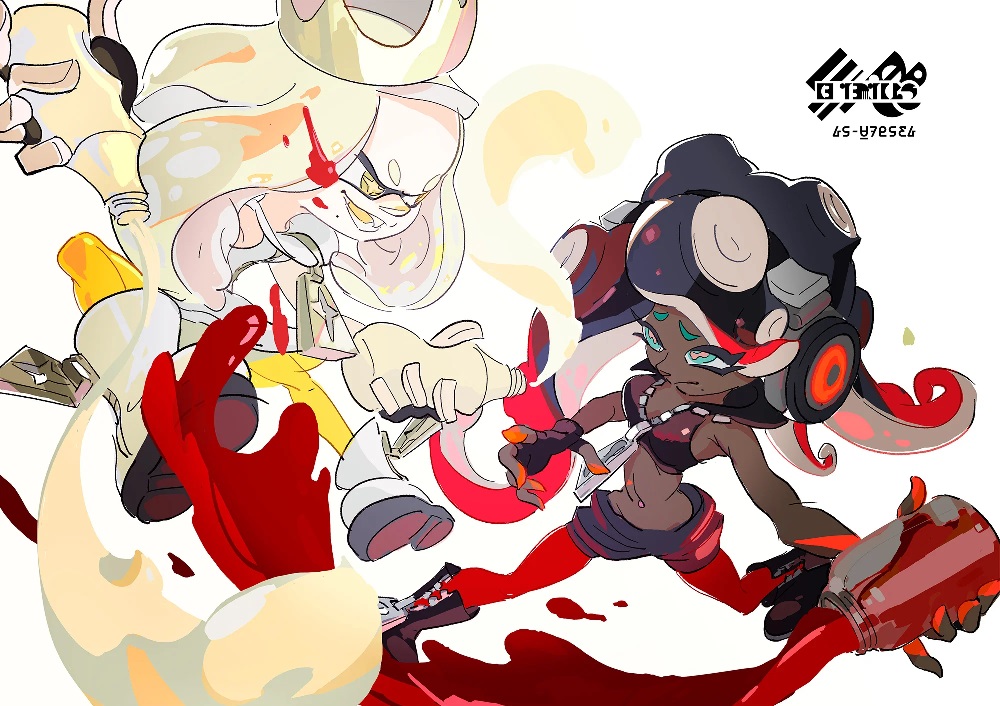 How do you ruin YOUR dinner?

Dust off your Brellas, Sloshers, Dualies and Rollers, it’s time to return to the rainbow-stained battlefields of Splatoon 2. This weekend, for the first time in a very long time, the Switch shooter’s community will face off in a re-run of one of the most iconic splatfests: Mayo vs Ketchup.

Over the course of the weekend, players will choose a side and battle it out in the name of their favourite condiment. The splatfest three-point system will afford a point each for Normal and Pro play modes, with the third point being decided by public vote. Back in 2017, Mayo was declared the winner, having won both play points despite Ketchup taking a huge 73% of the public vote. Has the public’s taste changed in recent years? We’ll see.

Personally, I’m just happy to see Splatoon 2 splatfest hosts Off the Hook return in some slick new artwork. Queen of the World Pearl will once again be backing the white stuff, while her pleasing pal Marina is all about the tomato sauce. Haven’t these kids heard of Mayochup?

The Mayo vs. Ketchup splatfest begins today, May 22, at 15:00 PT / 18:00 and will run until the same time on Sunday, May 24. Unfortunately, it appears that this event is only open to North American players. Still, have fun and make the most of it, squid-kids!