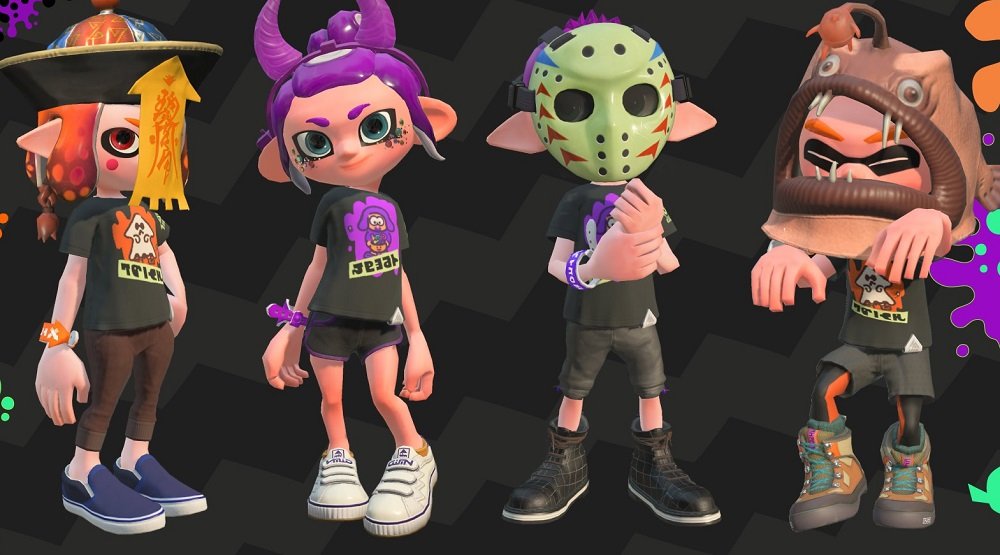 Just because things have gone quiet on the Splatoon front, that doesn’t mean the community isn’t gearing up to celebrate the spooky Halloween season on the messy arena shooter. Next weekend will see the return of a classic Halloween splatfest, as players will wage war in a battle of “Trick” vs.”Treat.”

And for those of you hoping to look the part, then you’re in luck, as Nintendo has re-released the Splatoon 2 Halloween gear DLC pack, which is available for all players to download for free right now. All you need do is visit the Splatoon section in the Nintendo Switch news channel, and click on the confirmation that lies therein.

Once confirmed, you will receive a package in-game that includes a hockey mask, a monster head, some devilish horns, and a ghostly hat, each of which includes a useful in-game buff. So be sure to don your creepiest outfit before you hit the arenas on the weekend of Friday, October 30, and let’s win one more for everyone’s favourite lil’ devil, Pearl.

The spooky #Splatoween gear is here! Start up your #NintendoSwitch and check out the latest #Splatoon2 Switch News article on your device. Press the button at the bottom of the article to claim your gear, then pick up the package in your copy of Splatoon 2! pic.twitter.com/qbFwcRzn6E