Laugh and the world laughs with you

This weekend saw not only the first Splatfest of 2018 take place, but also the first global Splatfest in some time. Players worldwide battled it out on Nintendo’s arena-shooter Splatoon 2, in a fight which saw Pearl’s love of the Action genre take on Marina’s penchant for Comedy.

After a day of colourful carnage, Action cleanly won the vote, taking 58% of the public poll. Comedy, however, pulled itself back into the game in both Solo and Team play, scoring a narrow 51% in both modes. Thus, Comedy takes the final victory 2 – 1. I guess the power of laughter should never be underestimated, even when compared to an uzi-wielding Chuck Norris’ flick.

Marina is probably pretty damn stoked to win the first Splatfest of 2018. Perhaps this could be a reversal of fortunes for the funky octopus, who came in second place to Pearl over the cumulative course of 2017. It will be interesting to see whether she builds momentum over the coming months, or whether her adorable gremlin buddy will maintain dominance. 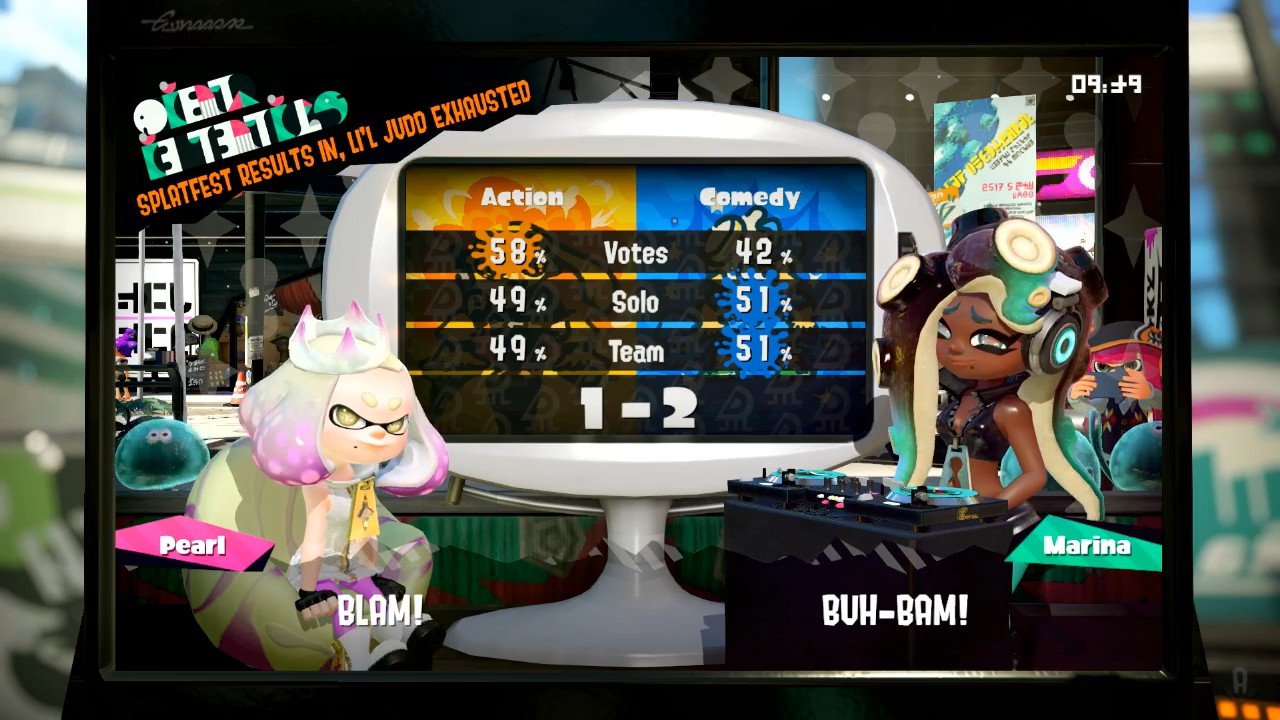