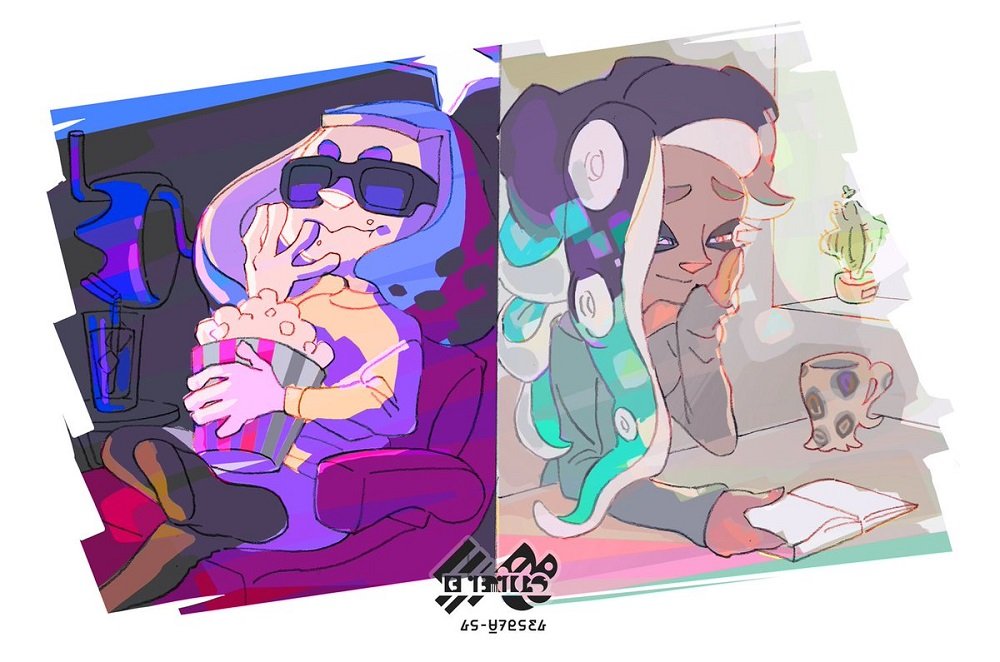 This weekend saw Europe battle on Nintendo’s Splatoon 2 over their latest Splatfest, pitting Pearl’s love of movies against Marina’s love of booky-wooks.

Wow. I didn’t see it being this one-sided. Films took a 2 – 1 victory over the printed word, taking a huge seventy six percent of the votes, and just nudging out the Team Play category. I’ll have to do some research, like a writer, but this might be the most one-sided vote yet… Hang on… Ok, this ties with the Cake vs Ice-Cream vote, which went 76% Ice-Cream.

Once again we were treated to some lovely art for this event. Pearl broke my heart a little, not only choosing to watch a film in shit-filtered 3D, but also eating popcorn and therefore annoying fellow cinema-goers. Maybe eat before you go? It’s only two hours at best. Can you go without? You can probably go without. How about have dinner? All that said, if she loves movies so much, I bet it’s her own home cinema setup. What a doll.

Marina has a cactus on a shelf.