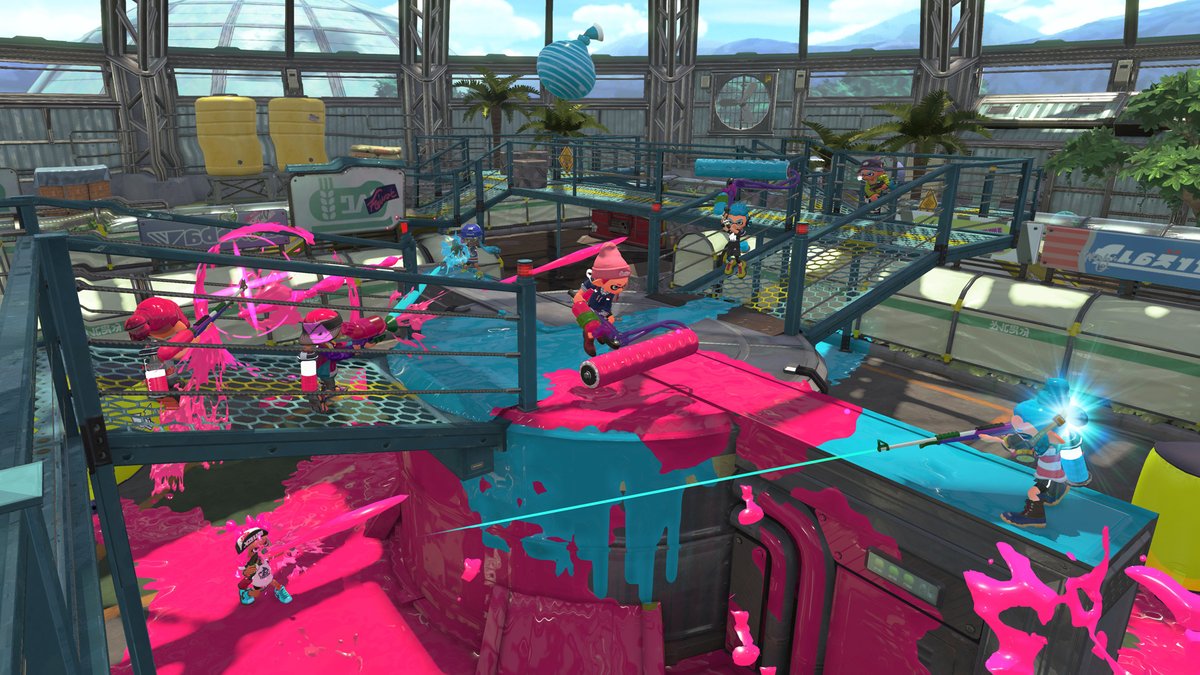 The classic Splatoon Kelp Dome arena is coming to Splatoon 2 this week. The returning warzone now has perforated flooring for added attack pressure from above and below, as well as a revised map structure.

Also announced on today’s Nintendo Direct presentation was a brand new arena, Snapper Canal and a brand new weapon, the expansive Tenta Brella, which provides cover large enough to shield multiple squid kids. Both will be coming to the popular arena-shooter in the future.

The Kelp Dome arena will be live in Splatoon 2 on September 15. That’s Friday!