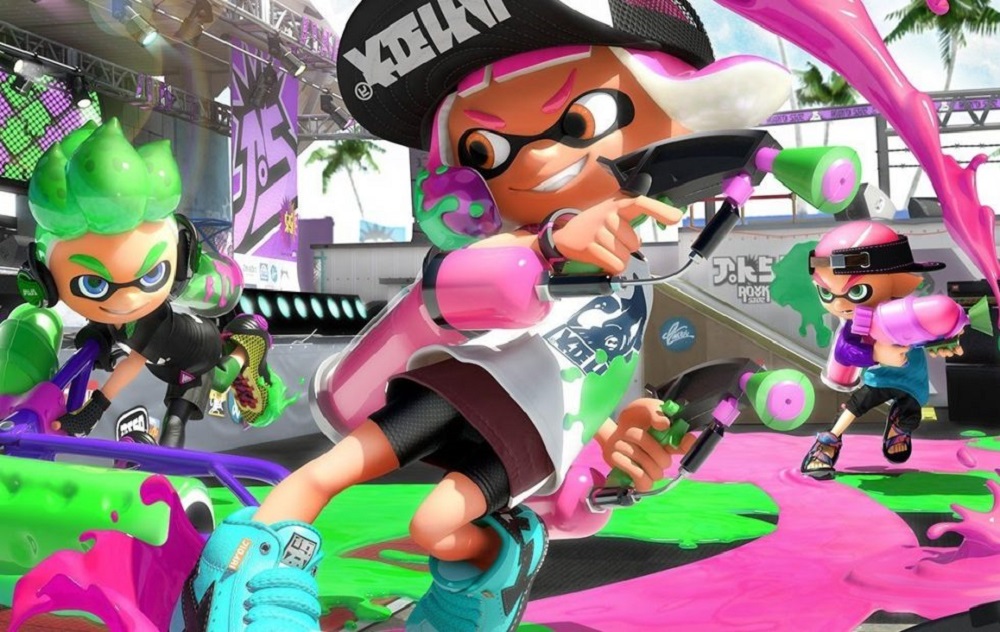 The Turf Wars are still raging

Last week, we got a massive info-dump on the next entry in Nintendo’s squid-shooter, Splatoon 3. It was a ton, ranging from a new hub and idol group to lockers, practice mode, and a catalog system. It was exciting, and because of that, I thought it might be time to return to its predecessor.

So I re-downloaded Splatoon 2, booted it up, and ventured out into the plaza. And within minutes I was reminded that yes, Splatoon is still quite good.

One thing I immediately wanted to check in on was the latest in public plaza art. Splatoon 2 let players draw and set messages for their characters, kind of like a mixture of statuses and forum signatures, that other people could see in-game.

It wasn’t long until I saw plenty of Splatoon art hyping up the new game. 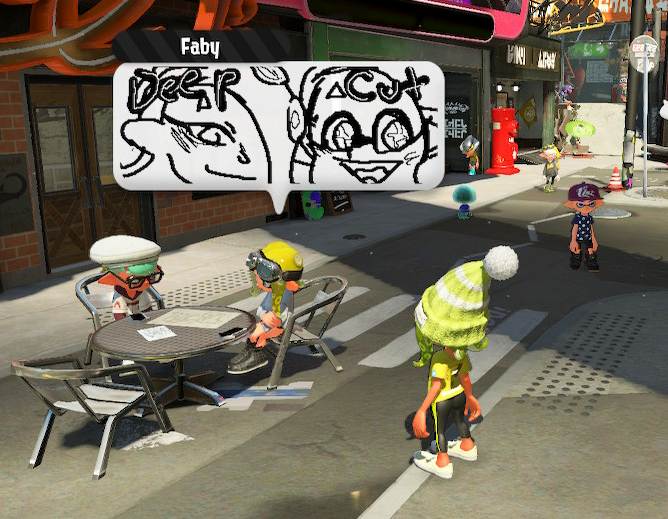 Some artists have been sharing their own work on Twitter too, like these excellent sketches of the Deep Cut crew.

Different art already proclaimed their hype for the game or their favorite new idol. Players are also already picking sides for the upcoming Splatoon 3 SplatFest World Premiere, which will demo the game ahead of its launch date and also showcase the new changes to SplatFests with three idols. Clearly, we’re all backing Big Man. 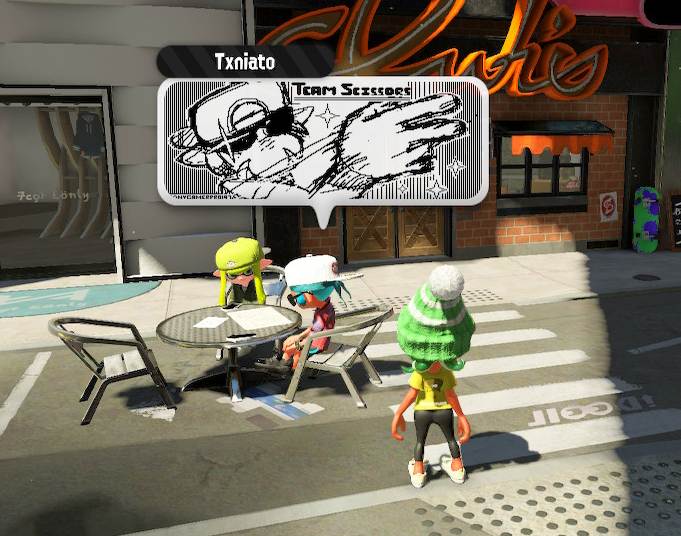 Originally, I had just intended to hop on and check out the art, seeing what work artists were up to in my absence. Maybe get a sense of where the needle was landing on favorite Splatoon idol, or which team was leading in the early SplatFest popularity race.

But being just mere steps away from the competitive doorway, I couldn’t resist. I had to just jump back in for at least a match or two, right? My favorite threads and Aerospray MG, my preferred ink dispersal device, were just sitting there, waiting for me.

I clocked in one match, and then another, and another, and even more. I think I played for at least a couple hours. And folks, Splatoon 2 is still solid as ever.

While I was slow at first, it didn’t take long for my hands to get back into the swing of things. Soon, I was lobbing ink down the arena and zipping forward, looping circles around other players and seizing turf. Turf War has always been my preferred mode; while I like the objectives just fine, there’s a quick and fast feeling to a Turf War that just clicks with me.

I dumped a bunch of time in, and now I’m thinking about going back in again this evening. If anything, this has me more excited for Splatoon 3. And it’s also a good reminder that in a catalog full of long-running series like Mario and Zelda, Splatoon has managed to make an indelible mark in just two games. If you need a warm-up before the third rolls around, try booting Splatoon 2 back up.