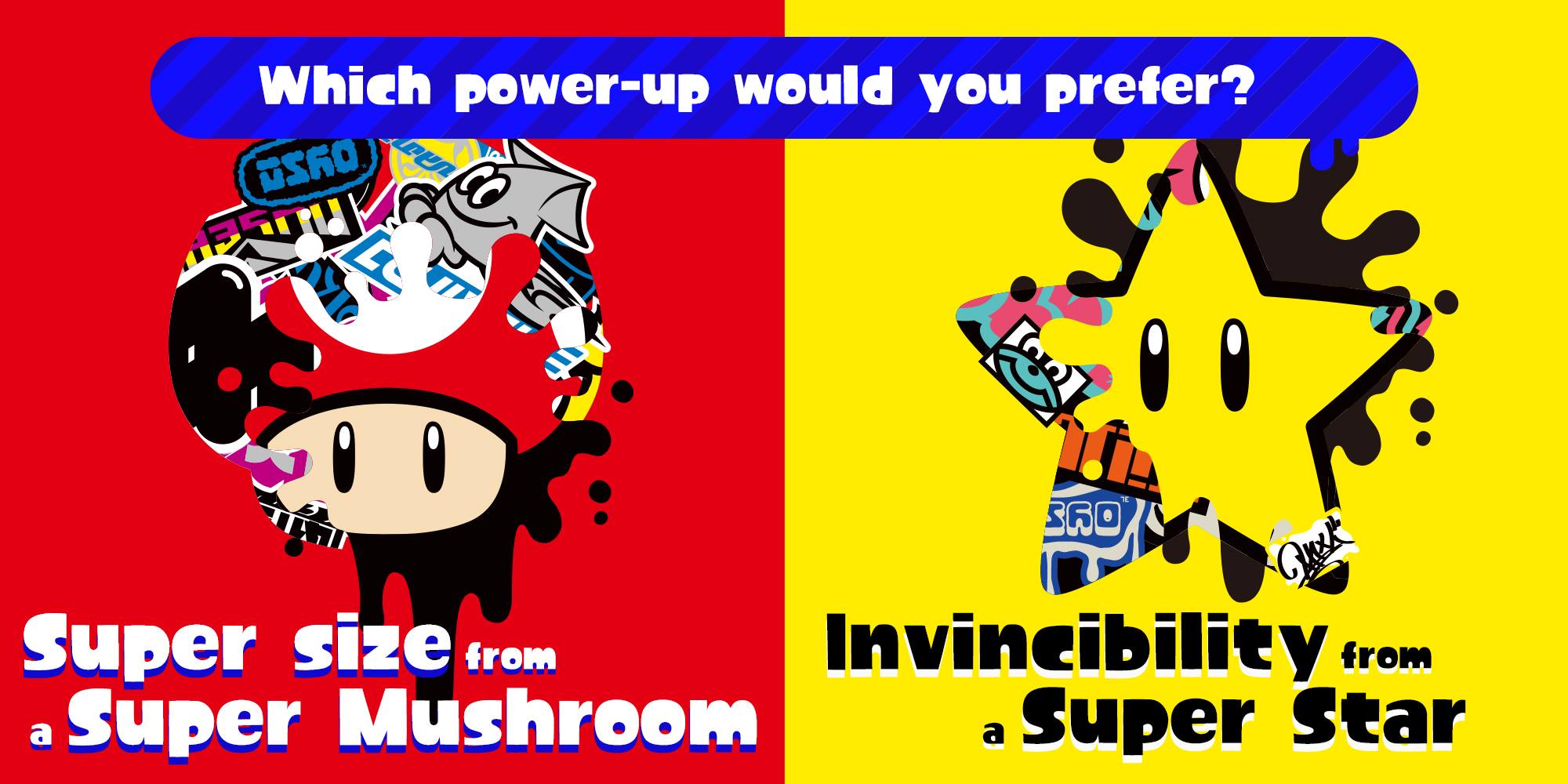 The toughest choice yet?

Splatfests are exceedingly rare nowadays. We just saw one wrap up in late August (eggs rule, chickens drool) but that was only the second in all of 2020. However, there are two more planned by the end of March 2021.

In a low-key rush-job section of this morning’s knockout Mario Direct, Nintendo revealed one of those two Splatoon 2 Splatfests. In January, players will fight for their favorite Mario power-up. As Nintendo frames it “Which Super Mario power-up do you prefer? Supersize with a Super Mushroom or become invincible with a Super Star?”

It’s not as slapdash as it may seem at first. Whichever side you choose says a lot about you. The star is for the reckless and the confident. It is for those who will bowl through everything now without an insurance policy for 10 seconds later. The mushroom, however, is for the responsible. It’s for the person who adds to their 401(k) instead of buying a Porsche. Your mom would want you to be a mushroom person. (Well, you know what I mean.)

Like all of life’s important questions, it’ll be settled on the battlefield. Get your Rocky montage training sessions in now. Come January, we fight.