I’m genuinely shocked to hear that Spiritfarer is getting three significant free content updates this year, but I’m all for it – the soothing afterlife simulation game really left a mark on its fans. It’s a keeper.

Thunder Lotus put out a 2021 roadmap with an overview of what to expect: 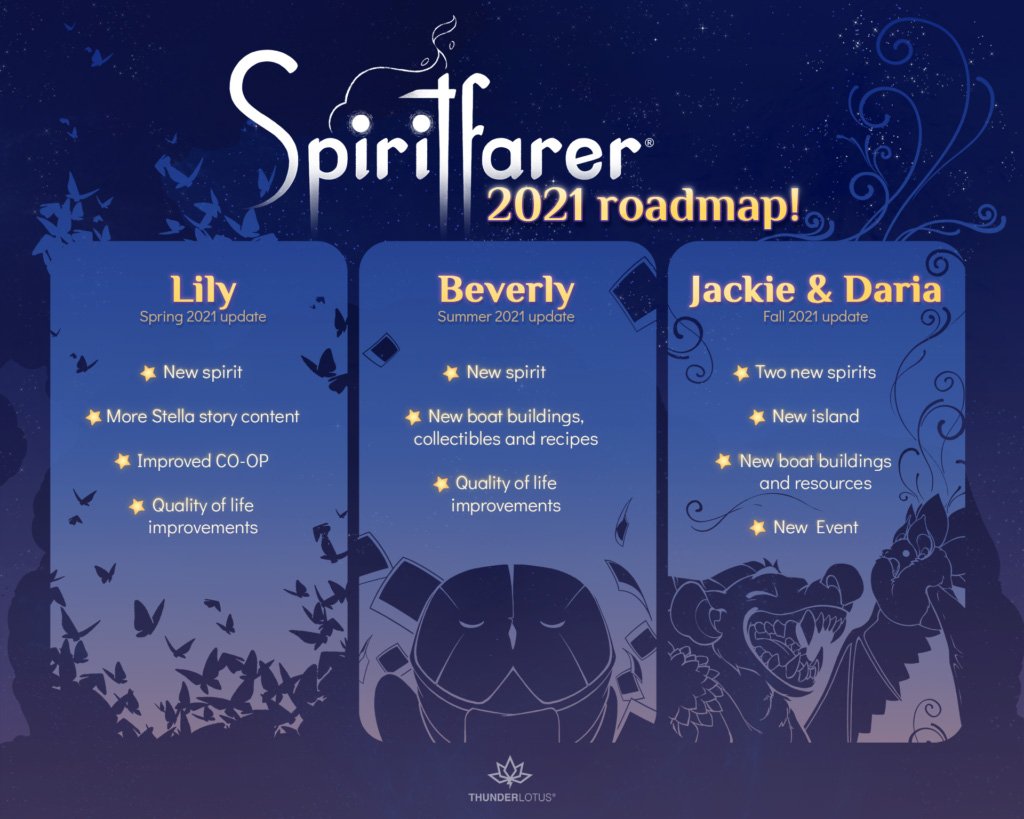 As you can see, it’s a mix of new story content, game improvements, and new crafting resources and boat buildings. If it were just the latter categories, it’d be cool enough, but the characters are the heart of this game. As for co-op, there’s going to be a better interface and opportunities to fish together.

About those four new spirits:

The spring, summer, and fall updates will be released on PC, PS4, Switch, Xbox One, and Stadia.

According to Spiritfarer creative director Nicolas Guérin, feedback and suggestions from fans “definitely helped us zero in on the best path forward for the project.”

I’m gonna have to get back to my half-finished save file one of these days when I can concentrate on where I should be sailing and what resources I should be prioritizing next. This is a fairly long game and, charming as it is, I lost steam. These 2021 updates should be a nice kick in the pants to see it through.