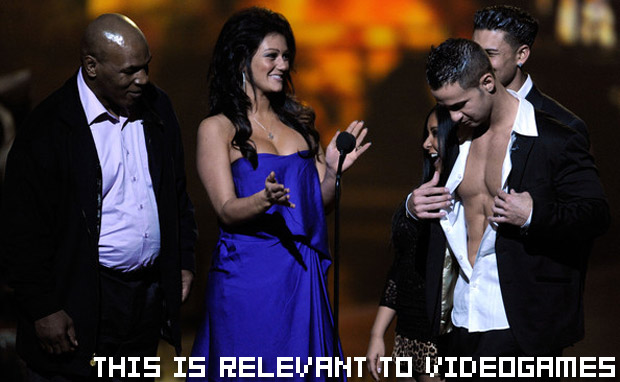 Did you watch the 2009 Spike Video Game Awards for the actual awards themselves, the slew of announcements, or not at all? Based on some viewership data provided by The Cut Scene, that last choice applies to an increasingly large number of TV-watching individuals.

While it seemed to be an improvement over the previous VGA ceremonies, I still found myself only wanting to hear about Arkham Asylum 2 rather than the award winners — Best Performance by a Human Female winner Megan Fox says “hello” — for obvious reasons.

Maybe people are finally starting to realize that most of the exclusive content worth caring about minus the random celebrity appearances and commercials can be seen online right after the show first airs.

So how did the VGAs do in the ratings? [The Cut Scene] [Image]