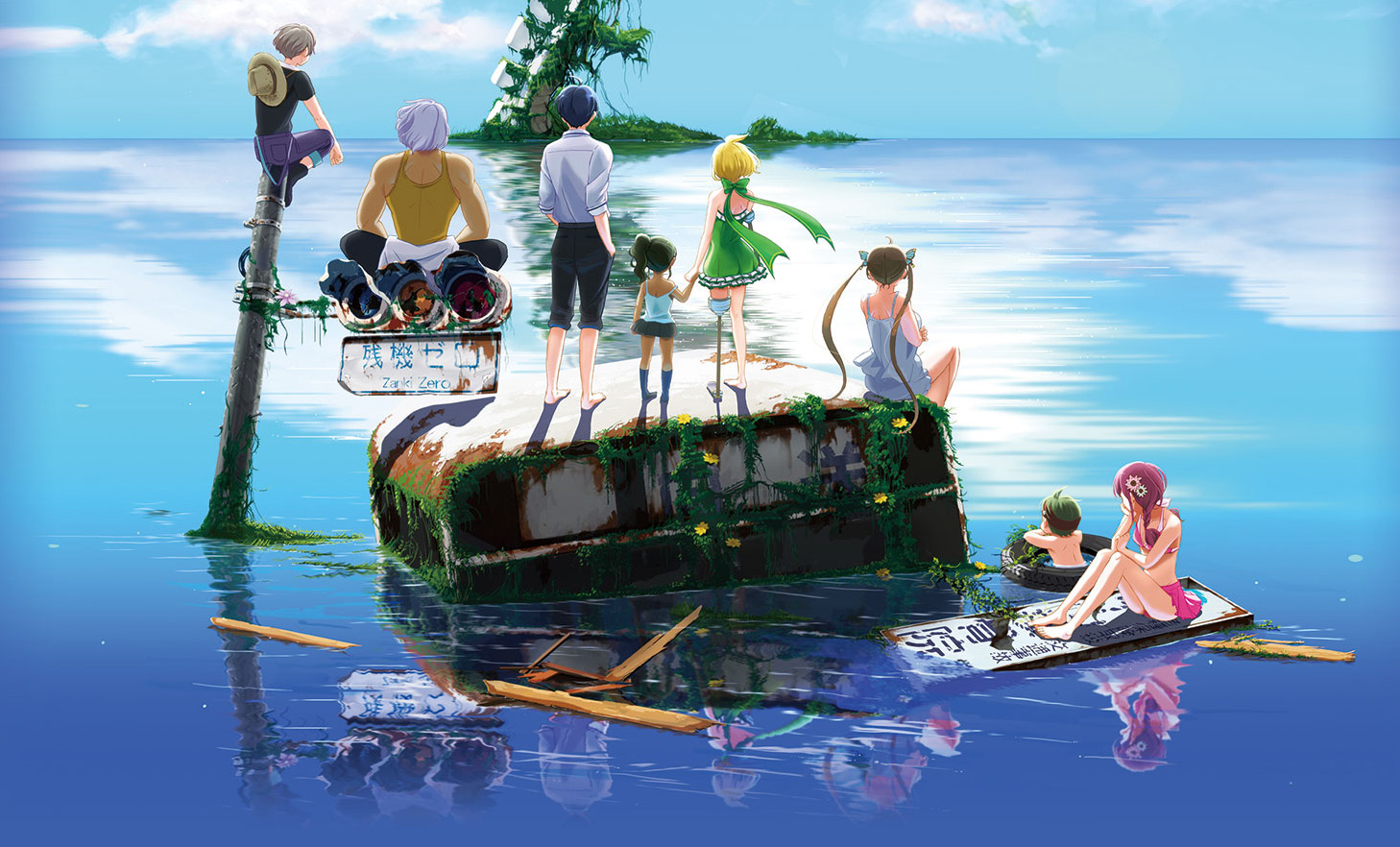 You hear that, Danganronpa fans?

It’s not too often that a simple developer-provided summary can fire up my imagination and immediately invest me in a video game, but Zanki Zero: Last Beginning pulls off that feat. The new survival RPG from Danganronpa‘s Yoshinori Terasawa and Takayuki Sugawara sounds promising.

God created the world in seven days. It only took one day for humans to destroy the world. Life as we knew it sank to the depths of the sea…until yesterday.

We do not yet know the broken world and the reasons left behind there. An earth where ruins drift about. Buildings, houses, light posts. Cars, traffic lights, asphalt… Modern civilization was destroyed, becoming nothing more than debris wading in the sea. New ruins drift one after the other before the protagonist, who lives on one of those decaying islands.

What can I say? I’m a sucker for loops. And this game has the added bonus of basing its cast of characters around the seven deadly sins. If you’re similarly intrigued, the wait won’t be long. Spike Chunsoft is bringing Zanki Zero: Last Beginning to PlayStation 4 and PC on March 19, 2019 in the West.

Day 1 Edition copies on PS4 and early purchases on Steam will come with a soundtrack bonus.

So that’s the setup. Aside from hunting and gathering and monster battling, Zanki Zero has the usual survival considerations to keep in the back of your mind. Eating. Sleeping. Going to the bathroom. I mean, hey, everyone poops! If they don’t get relief, it can actually be “fatal for your party.”

There are 13 days in a life cycle, and “each clone’s stats, abilities, and capabilities differ from youth to old age. Depending on how you die, you can even earn bonus upgrades for your next life cycle.” The game’s official site shows what everyone looks like as a child, adult, and elderly person.

By the end of the chapter-based adventure, we’ll find meaning in the characters’ “never-ending cycles of life and death.” I’m curious to unravel that mystery, but I might not like the answers I find.