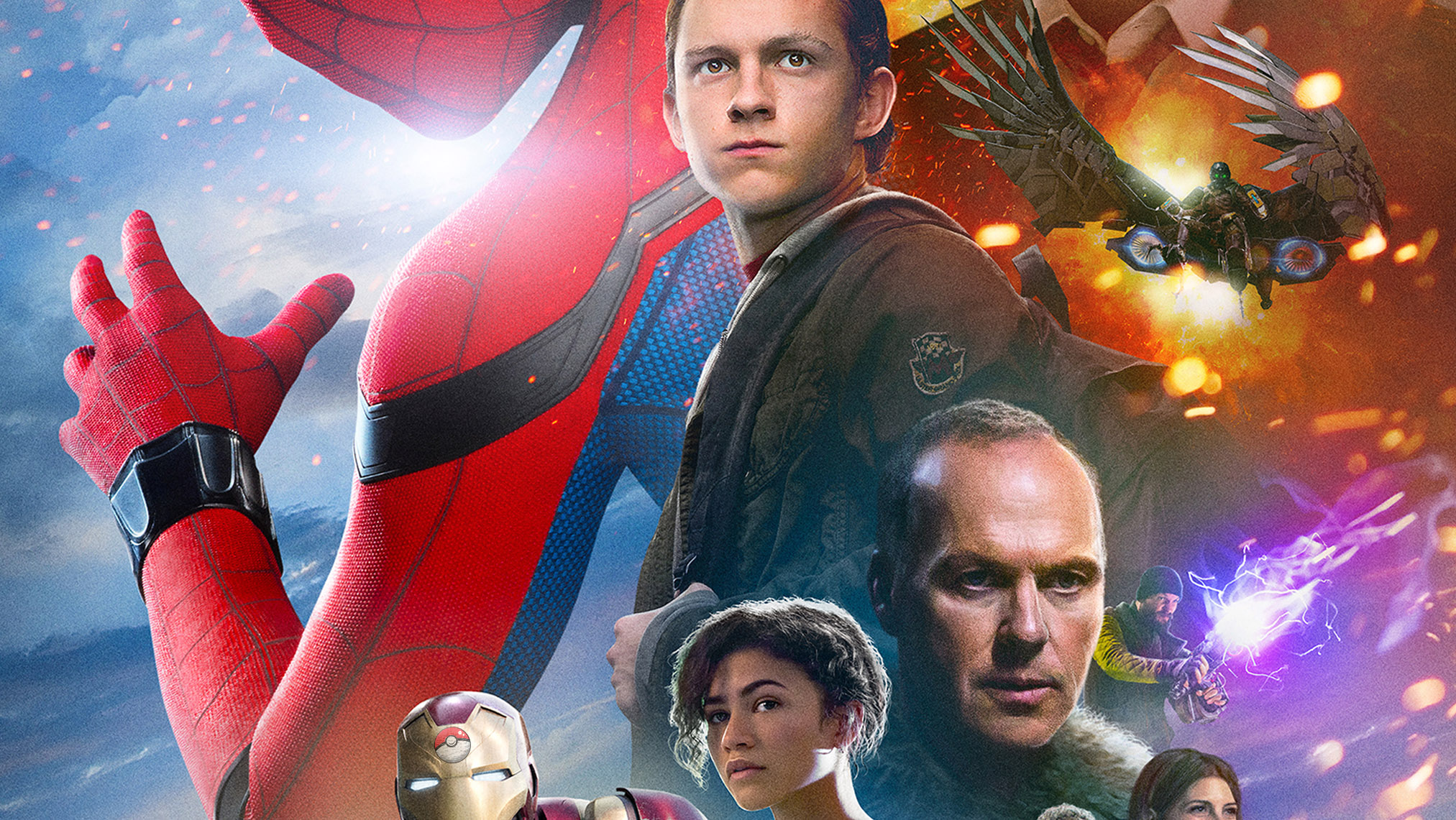 Marvel Studios and Sony and Disney and Columbia Pictures and whomever else is distributing Spider-Man: Homecoming have released a new poster to promote the film’s release, and while others might say “it’s not very good,” I’m going to call it what it is: a [email protected]%k.

There are at least 10 people crammed in this thing in every size imaginable along with more credits than I can count (see below for full image). Movie Poster 101 clearly teaches that a movie poster must contain the face of everyone who appears in a movie. That’s why the one-sheet for 300 was literally 300 angry spartan heads swimming in blood.

There’s Birdman, playing another birdman. There’s that dude that kills Dozer and Tank in The Matrix. There’s a dick-shaped monument, so as you know some of the movie will take place in Washington, AND some of it will take place in New York. Movie Poster 101 clearly states that location must be at least implied in your artwork; this is important poster information, and integral to audiences deciding whether or not to see the movie. BONUS: it appeals to two entire demographics: those who like New York and those who like Washington D.C.

The biggest takeaway of all may be the Iron Man burns to death in this movie. Hard to say because there’s just so much being said. Take a look and let us know your favorite [read: least favorite] part. While you’re at it, check out the latest trailer too.