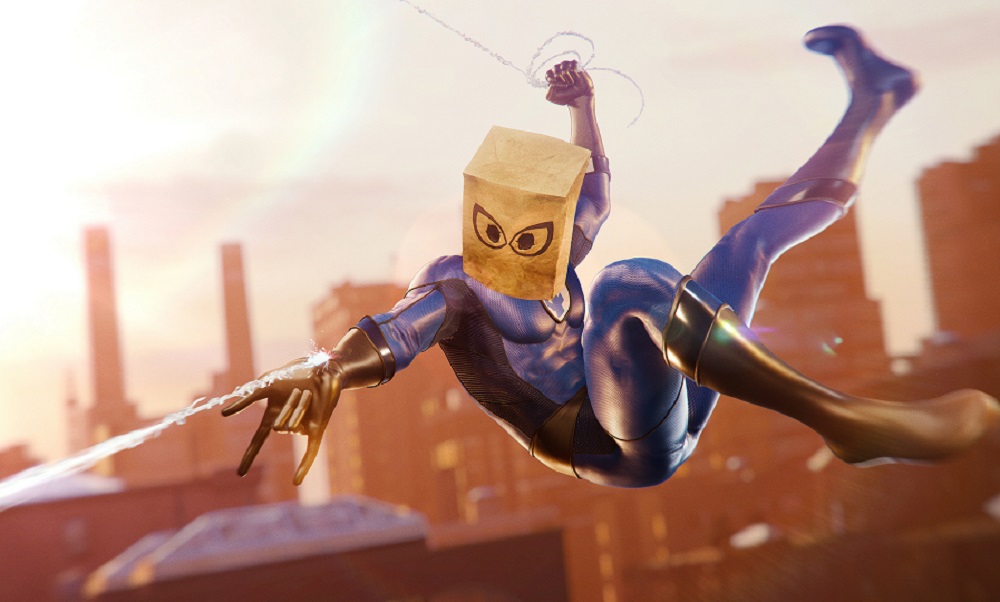 Since the launch of Marvel’s Spider-Man, fans have been very vocal about the skins and costumes they’d like to see Peter Parker don as his swings his way across New York City. One regular request has been for the Bombastic Bag Man outfit, and it looks like that request has finally been heard.

Sony have announced two new skins headed to the open-world adventure game today. First up is the cool-looking black-and-white number from Spidey’s time with the Fantastic Four, during the time period when they were referred to as the Future Foundation. Very slick.

But the real main event is the aforementioned “Bombastic Bag Man” outfit. After the Fantastic Four once freed Peter Parker from a clinging alien symbiote (that would later become Venom) Parker was left naked, and thus had to make do with a spare Mr. Fantastic outfit and a grocery bag donated by Johnny Storm. Thus, Bombastic Bag Man was born. Comics, eh?

Both costumes will be available to download today. Marvel’s Spider-Man is available now on PS4.