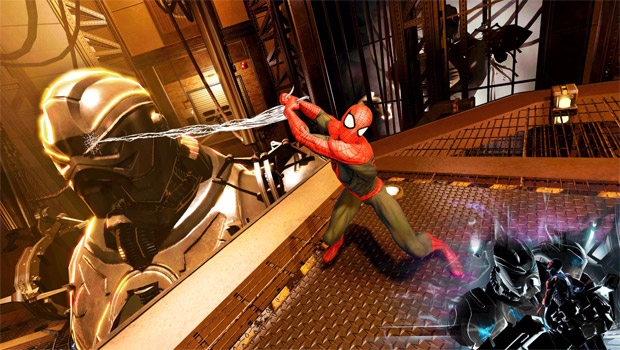 In a new Comic-Con trailer for Spider-Man: Edge of Time, the game is shown as having a firm release date. How does October 4, 2011 work for you?

“There is no past … without Spider-Man.”

Not going to lie, that line cracked me up. Yes, it’s silly in its own right. Can’t argue there. But I was picturing this classic video while that text appeared on my screen.