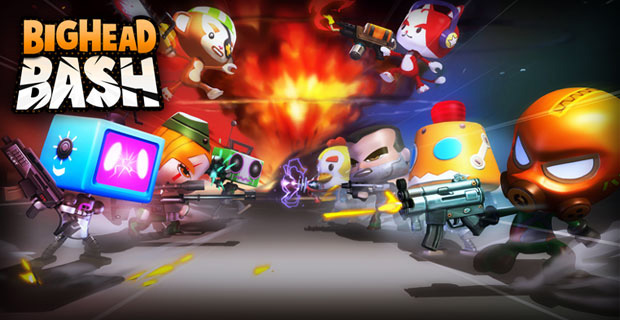 Be on the lookout for Mr. Dtoid

Sidescroller arena shooter Big Head Bash has had a playable beta floating around out there for a while now, but Spicy Horse officially launched the browser-based game this week. It’s free across platforms like Facebook, Kongregate, and Armor Games, all of which are compatible with one another for the purposes of gunning down other players.

The collectible-toy combatants you play as are the standout feature here — from comic book characters to game designers to musicians and even a familiar green robot. I’m not a huge fan of this subgenre myself, but this IP mash-up is the kind of thing I used to dream of as a kid who had his action figures all “living” together in a single fictional universe.

Going a step further, players will even be able to order real-world versions of some of the toys in Big Head Bash. Admittedly, that’s pretty darn cool.