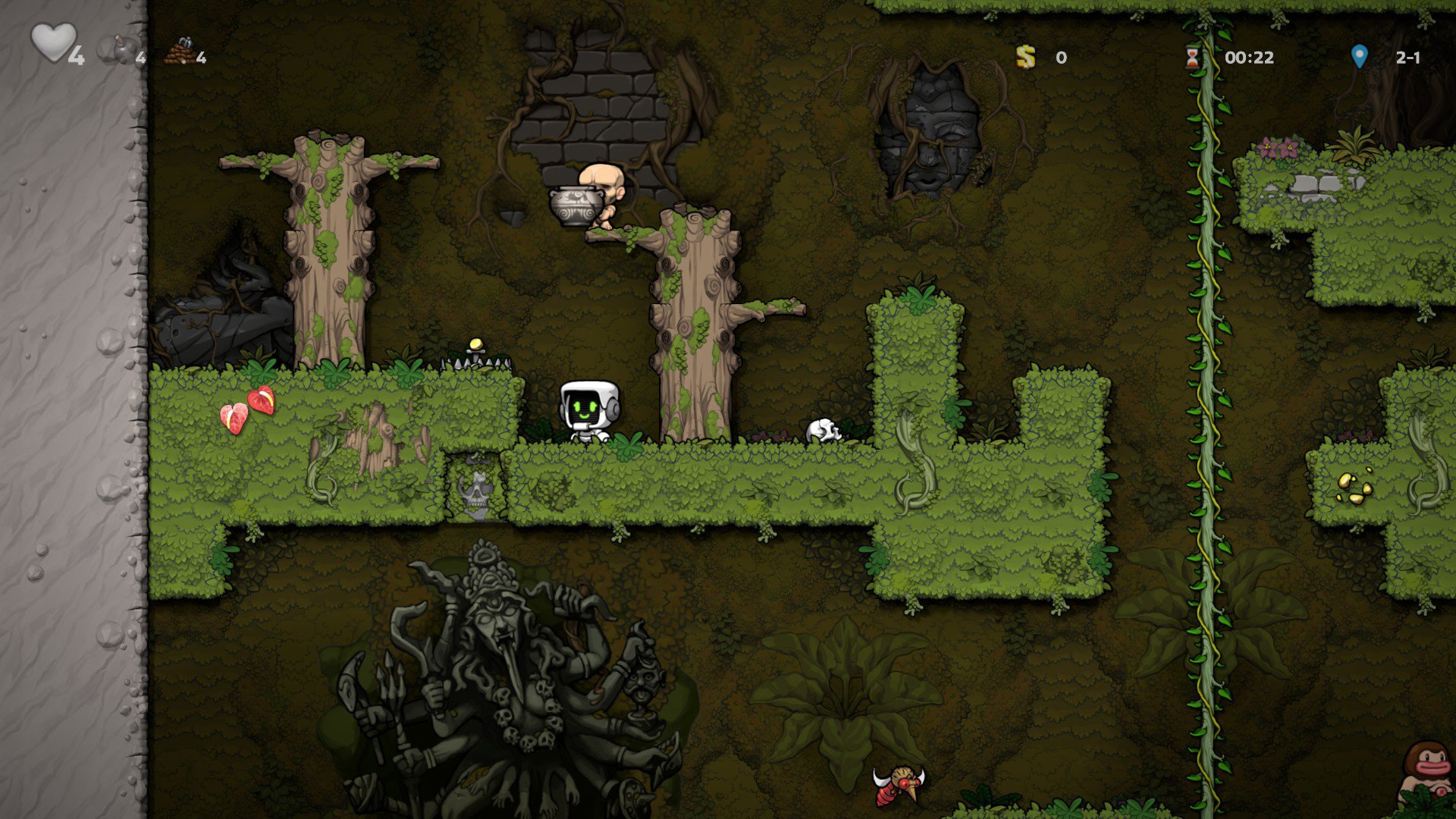 Whenever I read the patch notes for Spelunky 2, I picture myself dying in bizarre and obtuse ways. Each bullet point – every balance change and quality-of-life improvement – is a cautionary tale about how a run could end. “Bomb bags and bomb boxes now react to lava,” you say? Yeah, I’m gonna die to that!

If you’re chipping away at a brick wall (and let’s face it, no matter how skilled you are in Spelunky, there are always new challenges to strive for), then every little adjustment can make a difference.

We recently told you about an update that rebalanced the first zone, Dwelling, so that the creatures wouldn’t be quite so out of control. Now, here’s another one: a just-released update with a lot of great tweaks. I’ll recap some of my favorite odds and ends, or you can read the whole spoiler-y list over here.

These are the big three right here. Hired Hands are a hilariously tragic nuisance. The fire-breathing Rock Dogs, in particular, can be weirdly finicky to jump on even when the coast is completely clear. And snap traps… oh, snap traps. They’re arguably the sneakiest obstacles to watch out for in Spelunky 2.

Derek Yu and BlitWorks are listening to player feedback, and it shows. I’m thankful.