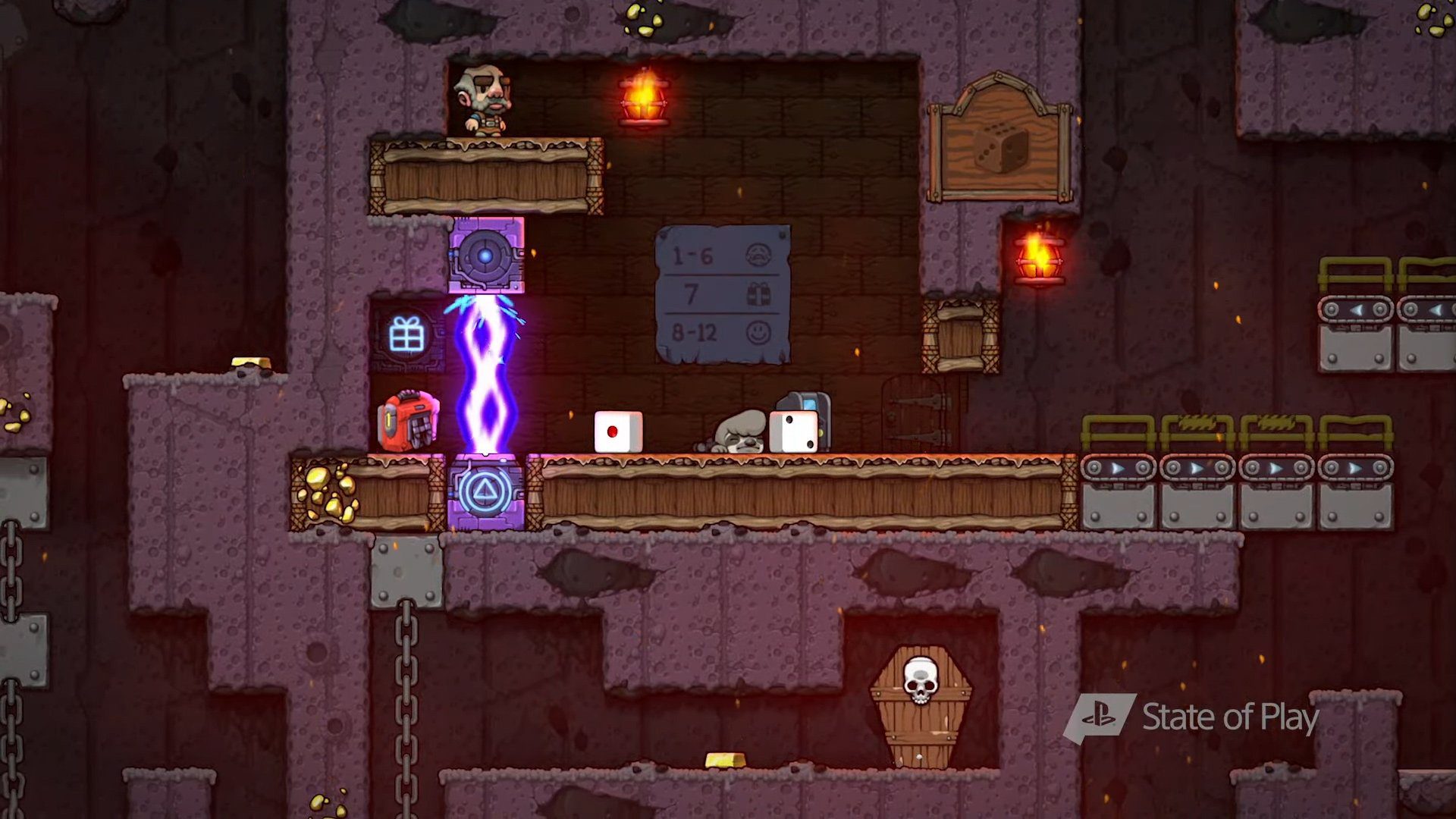 I’m ready to aggro so many shopkeepers

Spelunky 2 is launching on September 15 for PlayStation 4. It’s almost time!

The dungeon-delving roguelike platformer is designed to be “more rich and dynamic” and feel “a lot more full,” according to creator Derek Yu, who has the unenviable task of topping the first game. I felt that density in the latest footage shown during the State of Play broadcast. It looks wonderful.

We got to peek at branching level exits, a clone gun (which was used to multiply pugs), the home base, and online multiplayer. Spelunky is best shared on the same couch, but I appreciate the option.

“The Steam version of Spelunky 2 will come out shortly after PS4,” said Yu. “We’ll need a little extra time to iron out online multiplayer on PC. Release date for that soon! After Steam, we’ll look into other platforms. We are excited for as many people to play as possible.”

[Update: The Steam release is coming a couple of weeks later on September 29.]

Spelunky 2 day will be a holiday in this household.