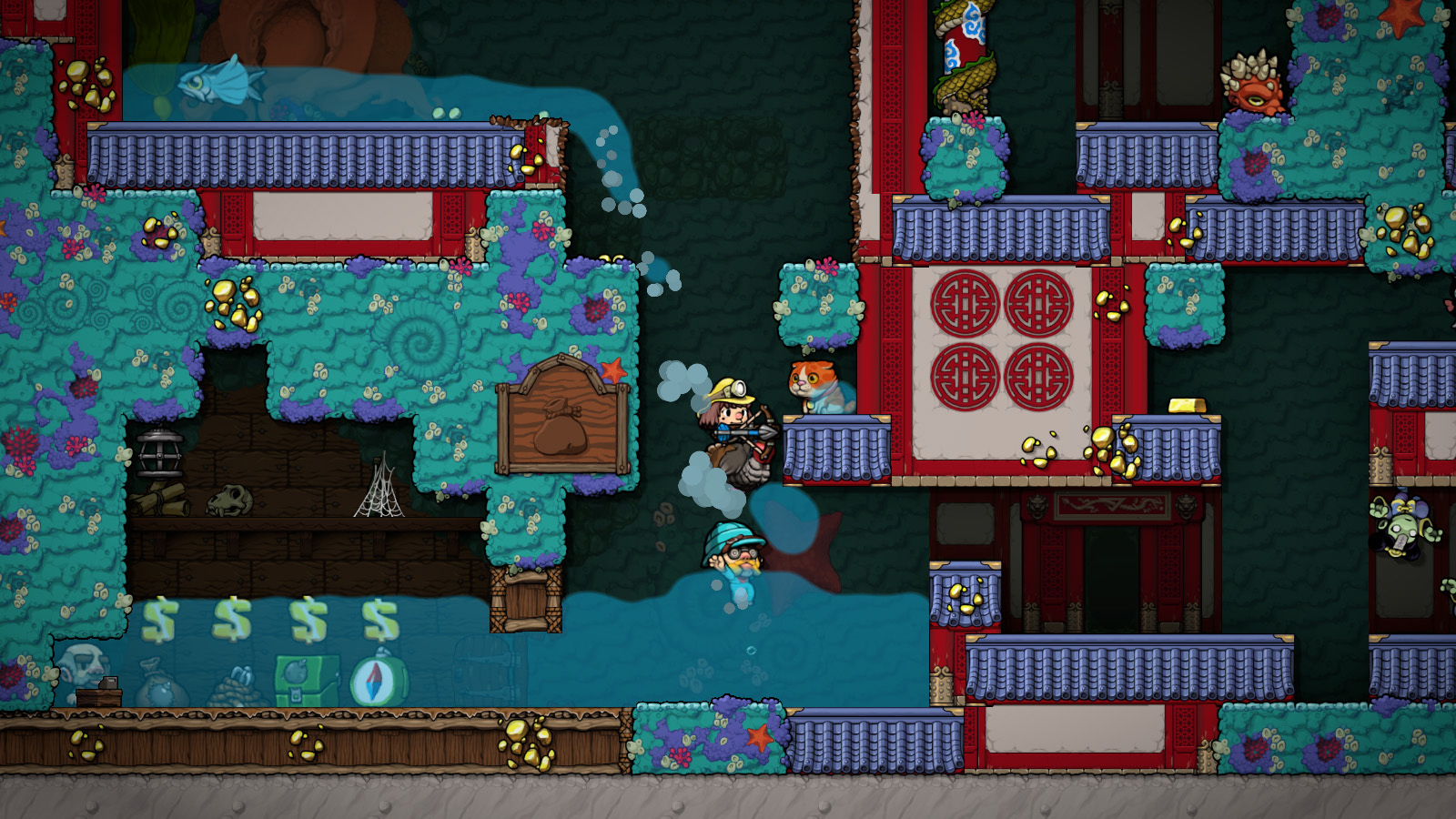 Spelunky 2 is in good hands. That wasn’t really a concern, but it’s nice to have confirmed all the same. I took the opening hour of PAX as my chance to find the roguelike action-platformer sequel tucked away in the PlayStation booth and tried not to embarrass myself too much. My muscle memory is mostly gone these days, but you never truly forget how to spot arrow traps hiding in plain sight.

While later areas look out of this world, the opening levels of Spelunky 2 almost feel like a remix, something I feel is a smart choice. It’s a way for newcomers to learn the many unspoken rules of not dying in Spelunky while returning players will know what’s up but still encounter surprises.

For instance, a turkey. At one point I got a turkey from a shopkeeper and I didn’t know what to do with it and I not-so-accidentally threw it into spikes. I also found my way to a door leading to a self-contained room with a locked chest. A golden key opened it right up, revealing a familiar sight: the Udjat Eye.

Lavafalls and wild new biomes are a focal point in the recent trailer, but I didn’t survive long enough to see anything of the sort. That said, there were a couple new faces including a mole that could root around and pop out of the soil and contraptions built to squish or punch absentminded thieves.

The few levels I played were just unfamiliar enough to keep me on my toes and throw me off. During my most promising run, I couldn’t pass up a chance to freeze and jump on a shopkeep to steal his wares. I had to! It probably goes without saying, but I met my entirely justified demise a moment later when I tried to creep up on a level exit only to be shotgunned into spikes. I died doing what I love: taking risks.

My all-too-brief encounter with Spelunky 2 and this week’s trailer both leave me feeling confident about where the sequel is headed. It’ll be tough to surpass the original game — it’s the best in its class — but I think Mossmouth and BlitWorks stand a good chance of striking gold twice in a row.

Everything we’ve seen so far looks cool, and that has me all the more curious to see what secrets await.