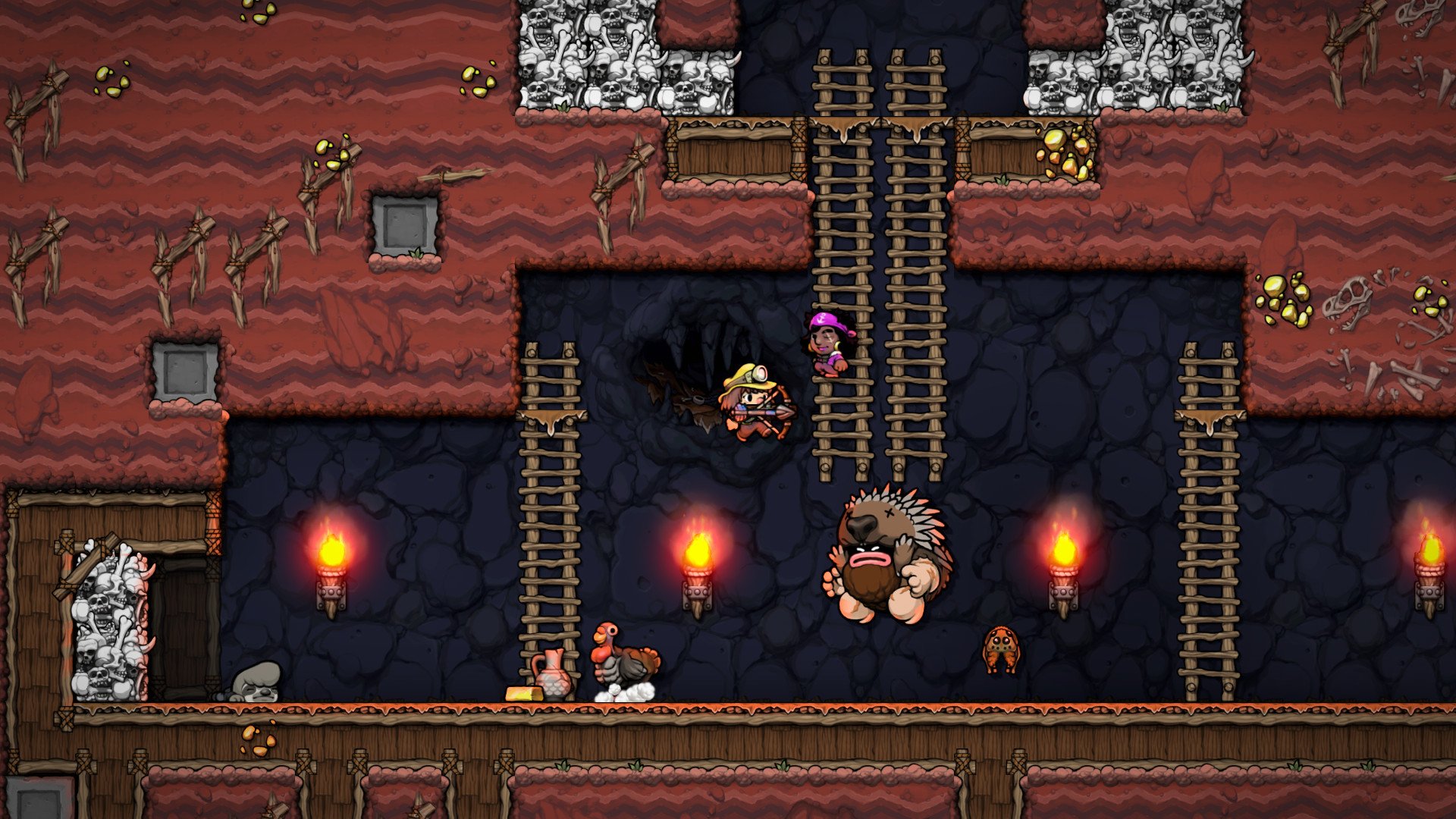 PC and PS4 are getting cross-play

Anyone who has played only one minute of Spelunky knows that the littlest thing can derail any effort. Creator Derek Yu won’t let that happen for the PC launch of Spelunky 2.

When Spelunky 2 hits PC on September 29, it won’t include online cooperative play. That’s a concession that Yu is making in order to prevent a delay.

Spelunky 2 is coming to Steam next Tuesday! Unfortunately, we decided not to release with online co-op enabled – that way we can improve it without delaying the release. The upside is that when we add it back, it will have cross-play with PS4! (…)https://t.co/8lKyxjbxh9

Instead, online co-op is coming sometime down the line, after the developers can ensure that it’s functioning properly. For context, Spelunky 2 launched on PS4 with wonky netcode that left players lag-teleporting around. In a game where precision is of the utmost importance, that means online co-op is irredeemably busted. The PC version won’t make the same mistake.

As a silver lining, PS4 and PC will have online multiplayer cross-play when it’s finally implemented on PC. There’s no timetable for this, as it’s very obviously a “We won’t launch it until we’re completely confident it works” type of situation.

Now, as a Friday treat, I’d like to throw it back to The Daily Spelunk. Jordan has been obsessing over Spelunky 2 for the past few weeks (I have been too but with no intention of ever playing it), and he nearly did something impressive last night. Nearly. Horseshoes and hand grenades, Jordan. You accomplished nothing. Or, I guess horseshoes and sticky bombs in this case.