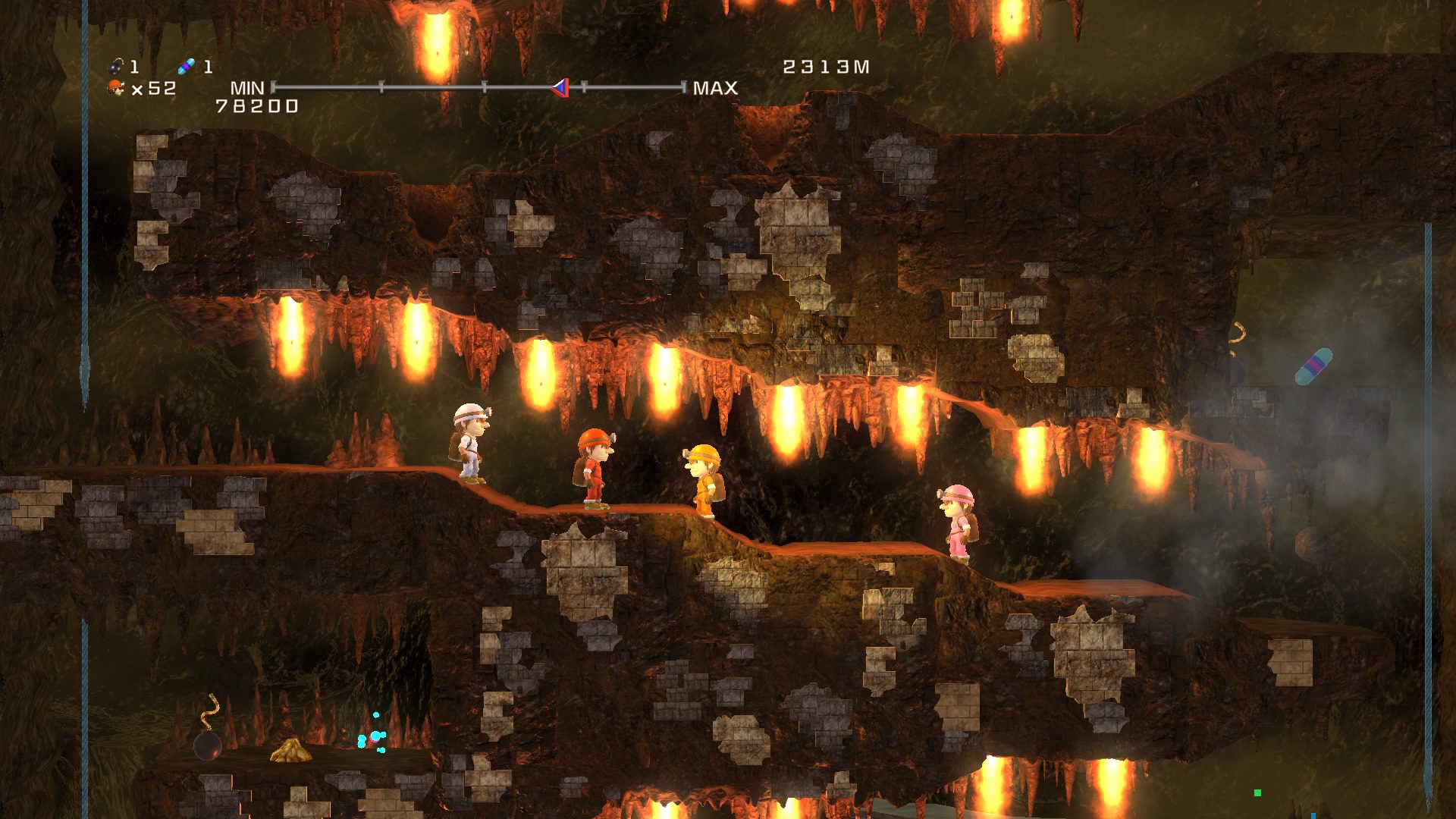 Spelunker is often considered a legendary kusoge, but I actually quite like it. It’s a mean, brutal game, but once you get its mechanics, you can speak at its level. Spelunker HD was an outstanding attempt to capture and expand on those mechanics. It’s faithful to the spirit of the Famicom port, as unforgiving as it is.

However, it remained on the PS3’s Store, which Sony has been toying with the idea of shuttering. Thankfully, Strictly Limited Games and ININ have arrived to rescue it from obscurity, providing both a physical and digital of the title as Spelunker HD Deluxe.

Pre-orders for the Limited Edition and Collector’s Edition physical copies are going live Sunday, June 6 at midnight (CEST). The digital version is arriving sometime in Q3 2021. The Limited Edition will contain the game and a booklet for €29.99. It will be limited to 2,700 copies for Switch and 1,500 copies for PS4. The Collector’s Edition contains the same, plus a Spelunker figure, glow-in-the-dark sticker, a flyer, a larger reversible poster, the soundtrack, and a level guide. Numbers for that version are 1,300 for Switch and 700 for PS4. It will run you €59.99

If you haven’t played it, Spelunker HD contains over 100 challenging levels, competitive and cooperative multiplayer (both online and offline), and an Endless Cave mode. You can also switch between shiny modern remake graphics and original 8-bit pixels.

Personally, I’m excited. I thought the PS3 release was excellent and am looking forward to revisiting it on newer consoles. Hopefully, I can rope my husband into playing some of Spelunker HD Deluxe with me, but I’m afraid he’ll hate me for it.