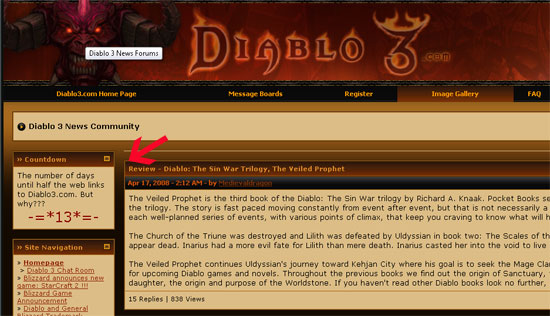 This morning it was pointed out to me that the fansite Diablo3.com has actually added a countdown timer on the uppermost left corner of their site, which reads “The number of days until half the web links to Diablo3.com. But why???” Now normally, I would cast this aside as fan-generated excitement or rumor, but a few other mouths in the industry have spilled some mistaken glances onto things they should not have seen, so the timing of this mysterious countdown is most apt. I shudder with anticipation to think it, but….could this be the calm before Diablo 3 is announced?

Calm me down, people. My heart is going a mile a minute here.