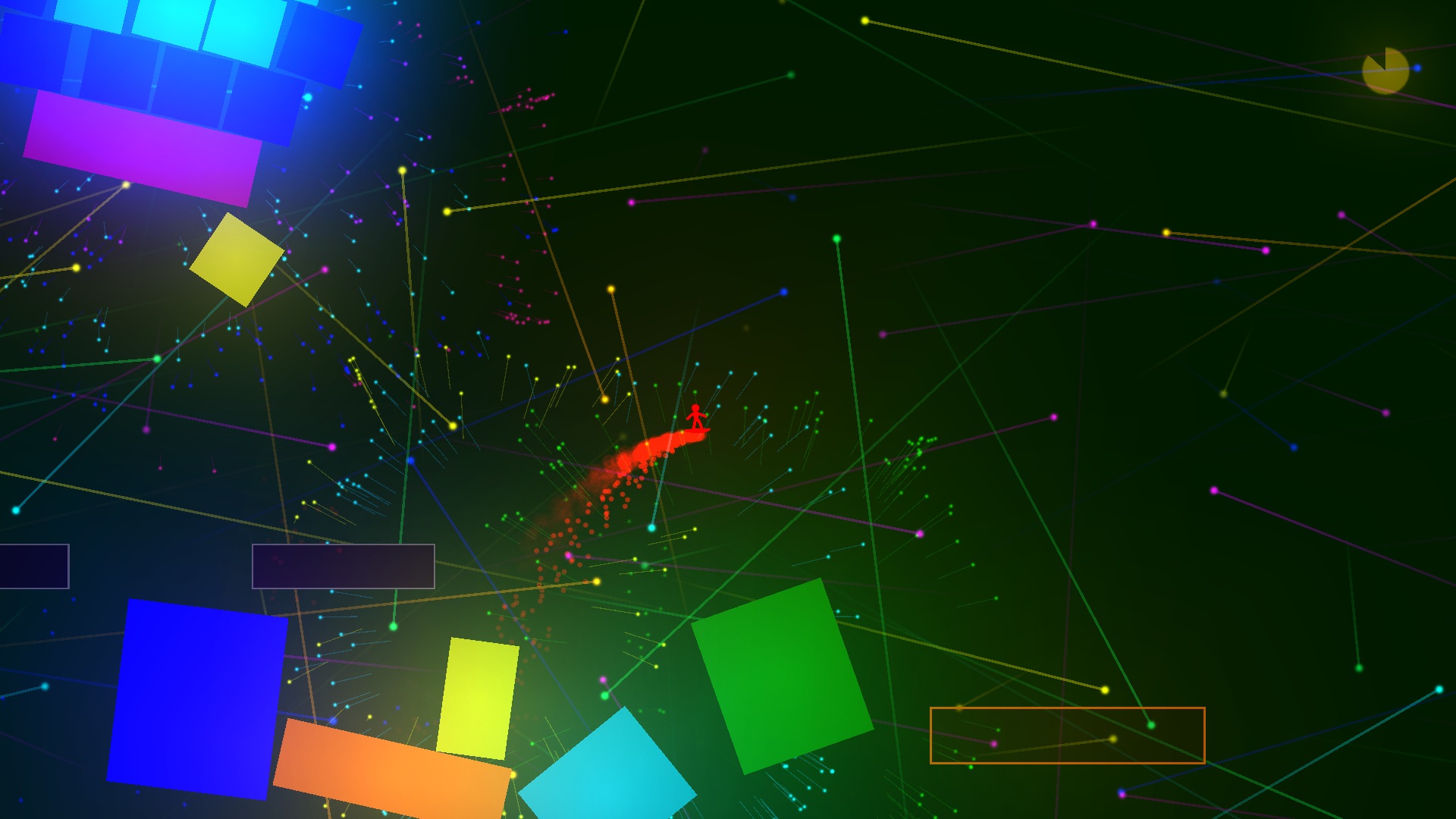 Oh, duh — it’s rainbow boarding. Whatever, Spectrum Break is one of the more pleasant surprises at EGLX.

Spectrum Break is a level-by-level methodical quest to paint everything. Each of the game’s 55 stages is a collection of polygonal platforms, and each of them needs to be touched at some point. Jumping on it turns the shape effervescent, effectively meaning you’re good to move onto the next one.

Platforming is fast and slippery (as if you’re on a snowboard), and getting exactly where you need to be feels half skill-based and half good planning. That’s where the puzzle part comes in. Every route isn’t created equal. Optimal path-finding is what makes a successful run. Every way doesn’t necessarily feel as if it’ll yield positive results.

However, the physics act as both a monkey wrench and a godsend. Touching the shapes sends them floating from the force of your landing. This might very well render your next jump impossible. It’s just too far now. But, if those shapes come in contact with an unlit platform, that gets lit up and you’re a little closer to completing the level.

It’s all simple enough, but something tells me the difficulty will ramp up. Developer Jason Hein told us that later levels might take upward of a minute to complete — it sounds short but that’s a long time to go without botching everything. At least your failures will be plenty colorful.