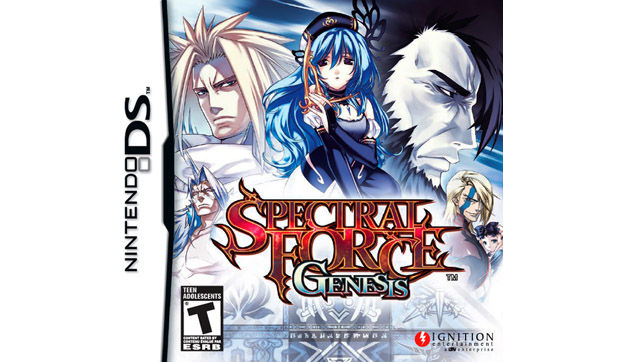 The last Spectral Force named game I played was…not that great. Sorry. I have higher hopes for this title, Spectral Force Genesis, coming to the DS by way of Ignition this spring. This one is different, though. Idea Factory has mixed a combination of war sim and strategy RPG. You’ll oversee diplomacy, war tactics and even taxes on one side, but you’ll also find yourself right in the heat of battle, controlling SRPG game play as well. I’m really interested on the scribble screen-style battle system, which has you drawing pathlines for attacks. I look forward to playing this soon.

We have both the box art (above) and new screenshots for Spectral Force Genesis today, which you’ll find in the gallery below.

I think it looks nice. Anyone else looking to try this out?