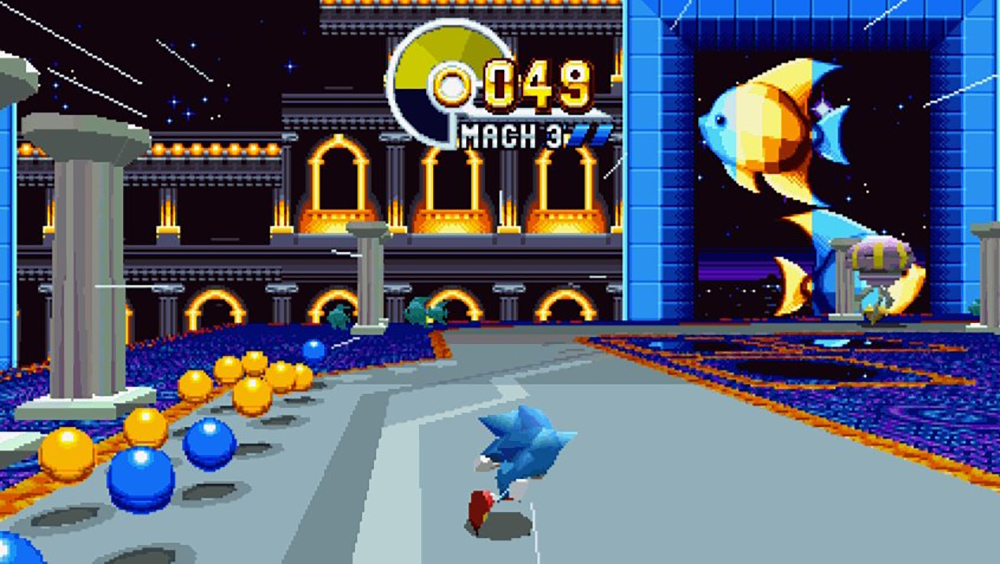 Hey, I know those fish

If there’s one element of classic Sonic the Hedgehog games I tend to forget about until I go back to replay them, it’s the special stages. Favorite? Least favorite? I like them for different reasons.

Sonic 1‘s bouncy mazes were mesmerizing to look at, Sonic 2‘s half-pipe was fun to launch yourself off, and Sonic 3‘s blue-sphere-touching, red-sphere-avoiding special stages were satisfying to clear.

As a bonus (and keeping in line with its recent trend), Sega has shared another track.