Generally, when I think of my happy place I always think of a game. Specifically a Nintendo game. I literally grew up with Nintendo. So much so that my first console outside of it was an Xbox 360. All those fond memories of eating Thanksgiving dinner, Christmas, and opening presents all took place at my grandparent’s house.

It was my own little tradition. When I was in grade school and even in high school, we would get loads of holiday time off of school. This is the time of year I looked forward to the most. As soon as school would start, I would be counting down the days until our first major holiday break.

Oddly enough, it wasn’t summer that I looked forward to, like a normal kid. Mostly because I was never a fan of summer. Being a slightly chubby new kid kinda does that too you. There was something about the fall/winter that I really enjoyed.

The best part about staying at my grandparent’s house was the fact that they happen to live right next door to my cousins’ house. This made for the perfect recipe of holiday or weekend gaming. And we took advantage of every moment we could.

You see, I lived the next town over and until I got my license, I had to wait for these long yet magical gaming sessions that felt like they would never end! Everyone knows, if you go to grandma and grandpa’s house, you basically get treated like royalty. Or at least we like to think so. There was always a delicious meal and so many things to do.

There was a point where this amazing, small chunk of the year got better. It became every other weekend! We would play everything from card games to Nintendo all the way into the wee hours of the morning. Drinking soda after soda and munching down on cheesy puffs. My grandparents never minded what we ate or how late we would stay up. Just as long as we would keep the noise down to a tolerable level. This was unheard of at my dad’s house. We HAD to be in bed by 9:30 – 10:00. 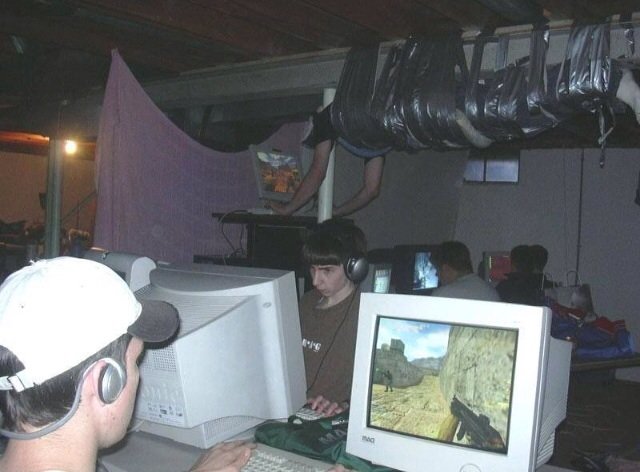 As I grew older the strict time faded but my gaming grew ever stronger. At the point I got my license, I started going to my grandparent’s house every weekend. I went to work in the morning then drove back and gamed the rest of the day/night.

Also, at this point, my grandparents gave us free reign over the basement for our gaming habits. It was at this point I vividly remember one Thanksgiving in particular.

I was grounded due to grades so I really was not supposed to be playing games. But at my grandparent’s house, the rules were bent and broken regularly. My parents would almost always go out of town for Thanksgiving so I would end up going to my grandparents. This gave me the opportunity to break the rules. So, naturally, we went downstairs and played games as we always do. This year was so very different, though. Not only was I finally back to playing games but this was the first time I played Metroid Prime and Metroid Fusion.

This was the moment I fell in love with Metroid. So much so I had to play every Metroid game ever made! But that’s a story for another time. It was also at this point that I felt I could play games the rest of my life. With a game as beautiful as this, who wouldn’t? A game that submerged you in the most stunning environments and music I had ever played. There was so much to do and so much to explore and not enough time!

As the weekend drew to a close, I understood that I HAD to keep my grades up if only to play some more Metroid! Funny how something so simple can keep a kid on the right path. And I did keep my grades up. They never dipped below C’s from there on out.

To this day, I save big open-world or highly immersive games for the holidays. I love getting lost in those worlds, if only for a few days. It’s kinda like time traveling back to a less complicated part of my life. Looking back at those much simpler times at my grandparents’ house, I really wonder. If my cousins had never come over and constantly game’d with me, would I still have grown up a gamer? I would like to think so but you never know.