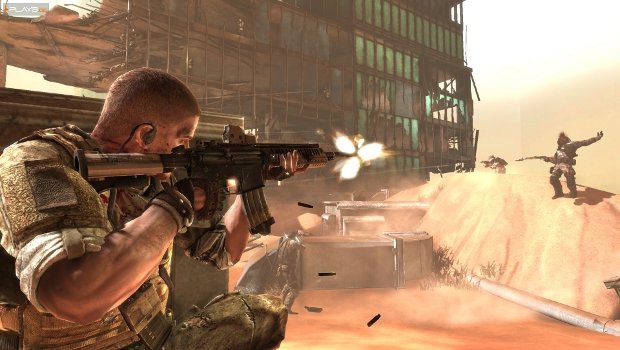 2K Games has released the playable for demo Spec Ops: The Line, and it’s up for your downloading pleasure right now on the Xbox Live Marketplace and PlayStation Network. I was able to check it out myself earlier, and I was actually quite surprised at how good it was. Even the menu screen is awesome; Jimi Hendrix’s live rendition (from Woodstock 1969) of “The Star-Spangled Banner” is played as an up-side down US flag hangs above a post-catastrophe Dubai.

The rest of the demo itself is even better. You play as yet another generic action-hero leader who’s voiced by Nolan North where you and your squad enter Dubai, and from there figure out what exactly is going on in the city. The entire demo was a collosal set piece, the graphics looked phenomenal, the story made me curious, and the controls worked like a dream. Spec Ops: The Line is now on my “Definitely Want” list. Good thing I only have to wait until June 26th to play the final product. Anyone else get around to checking out the demo?