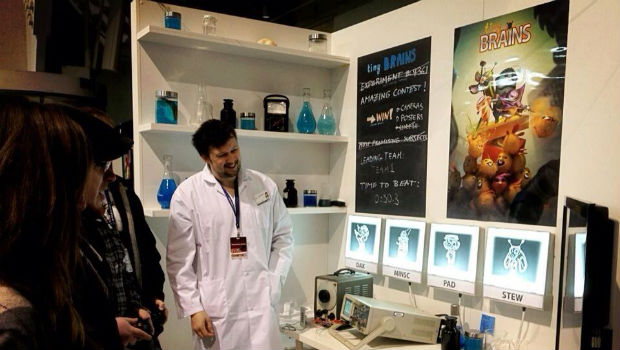 The studio has learned a lot from crafting their first game

I recently had the opportunity to speak to Spearhead Games co-founders Simon Darveau and Malik Boukhira on what it means to leave AAA development and create your own studio. Within one year Spearhead went from non-existent to shipping their first game, Tiny Brains, on the PC, PS3, and PS4, which is quite an accomplishment.

But they also learned a lot from the indie development process, and that it wasn’t just “shipping a game.” You also have community management, PR, and marketing to worry about. As a result, Darveau and Boukhira have vowed to improve the way they approach the community, and have started a weekly Twitch show.

It’ll run on Thursdays at 7PM EST on their channel, and will focus on interacting with fans and learning what they want to see more of in their games, as well as sharing the process of game development with anyone who is interested. Stay tuned for our full interview with Spearhead, coming in the next week or so.