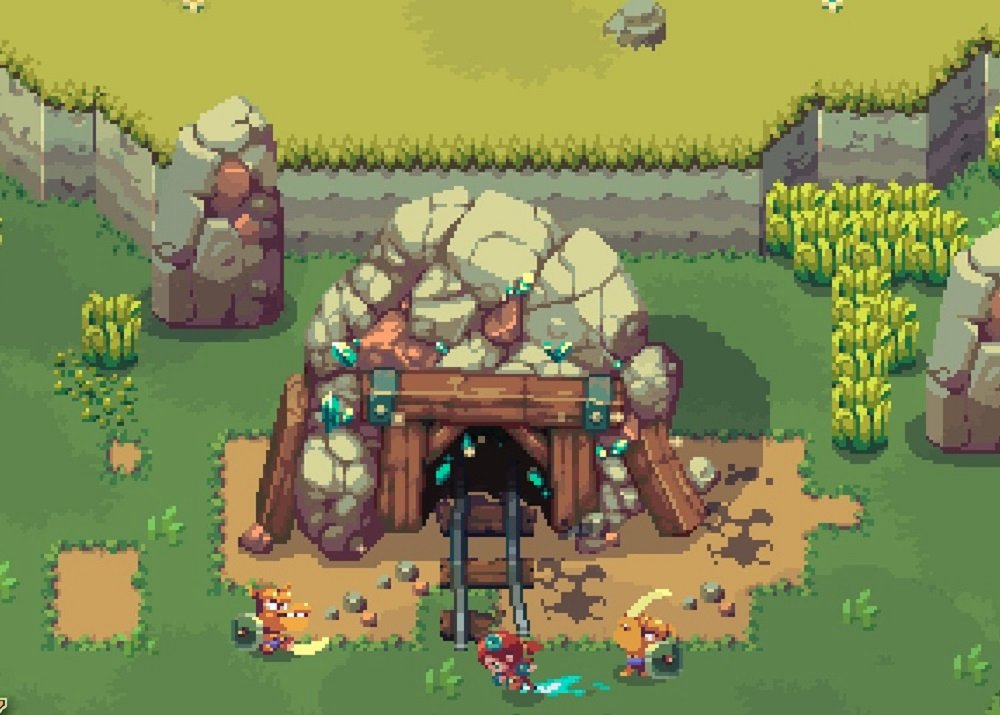 She has been chosen by the clawww

It’s safe to say every game developer working today has probably played and enjoyed a Legend of Zelda game at some point in their history. Nintendo’s adventure series has been consistently popular for more than 30 years, and it’s not hard to see the series’ influences on games like Darksiders and Okami. More recently, indie creators have started borrowing ideas from the series, and we’re starting to see some really great Zelda inspired games from smaller developers, titles like Tunic and Sparklite.

I got to try out the latter game at this year’s PAX, and it’s something I’m definitely going to be keeping an eye on in the future.

Sparklite is an RPG adventure game set in a colorful steampunk universe. The graphics remind me of the later days of the Super Nintendo, when pixel artists were at the top of their game and everything had extra frames of animation just to show off.

You play as Ada, a young girl whose airship has crash landed, stranding you in the region where Sparklite is mined. Even though she’s an engineer she doesn’t have the resources to repair it right away, so she has to start exploring and looking for parts. She receives a call from someone far away who wants to help, and sets out on her adventure.

Along the way she runs into some creatures that have been influenced by Sparklite, a massive orb of magical ore that keeps this world spinning. It’s useful for a lot of quasi-magical purposes, so goblins and others have been mining chunks off of it for a long time. 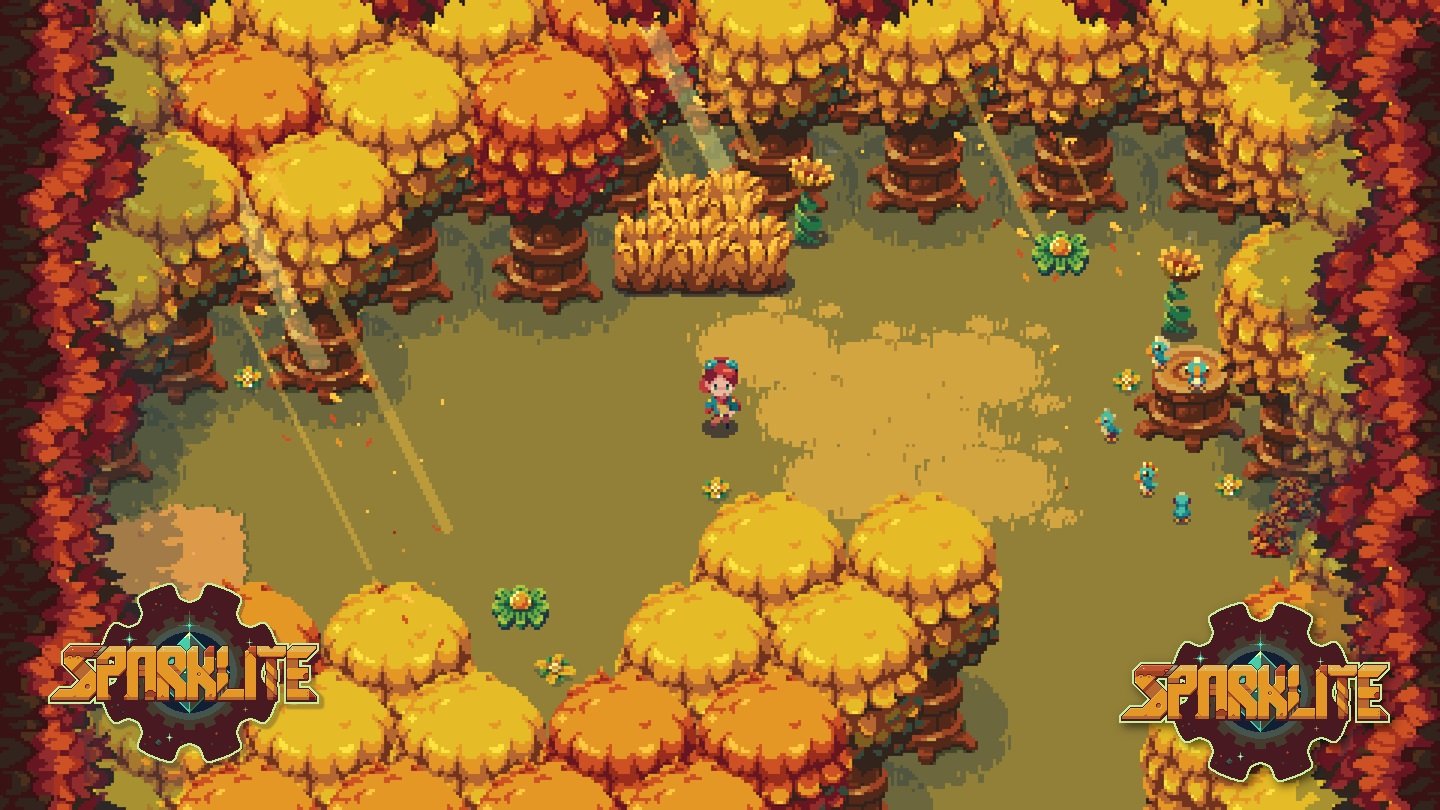 Unfortunately Sparklite mining is starting to cause problems on the surface, and Ada is concerned that harvesting too much of the mineral may have dire environmental consequences. Since she’s stuck here anyway, she decides to investigate the problem, pitting her against the goblin workers and their overlord, a villain known only as The Baron.

Sparklite‘s gameplay is very heavily inspired by The Legend of Zelda, featuring a 3/4 top-down perspective and a focus on melee combat. There’s an overworld and an underworld, and she’ll have to explore the latter to find the game’s more precious resources and items. One nod to more modern gaming trends is the addition of a stamina bar, allowing Ada to dash as long as she has the energy to do so. Defeating enemies will cause them to drop currency, and Ada can spend this at her home base to upgrade her life and stamina meters. If she manages to find a rare chunk of Sparklite, she can use it to upgrade the floating airship city that serves as the game’s hub world. 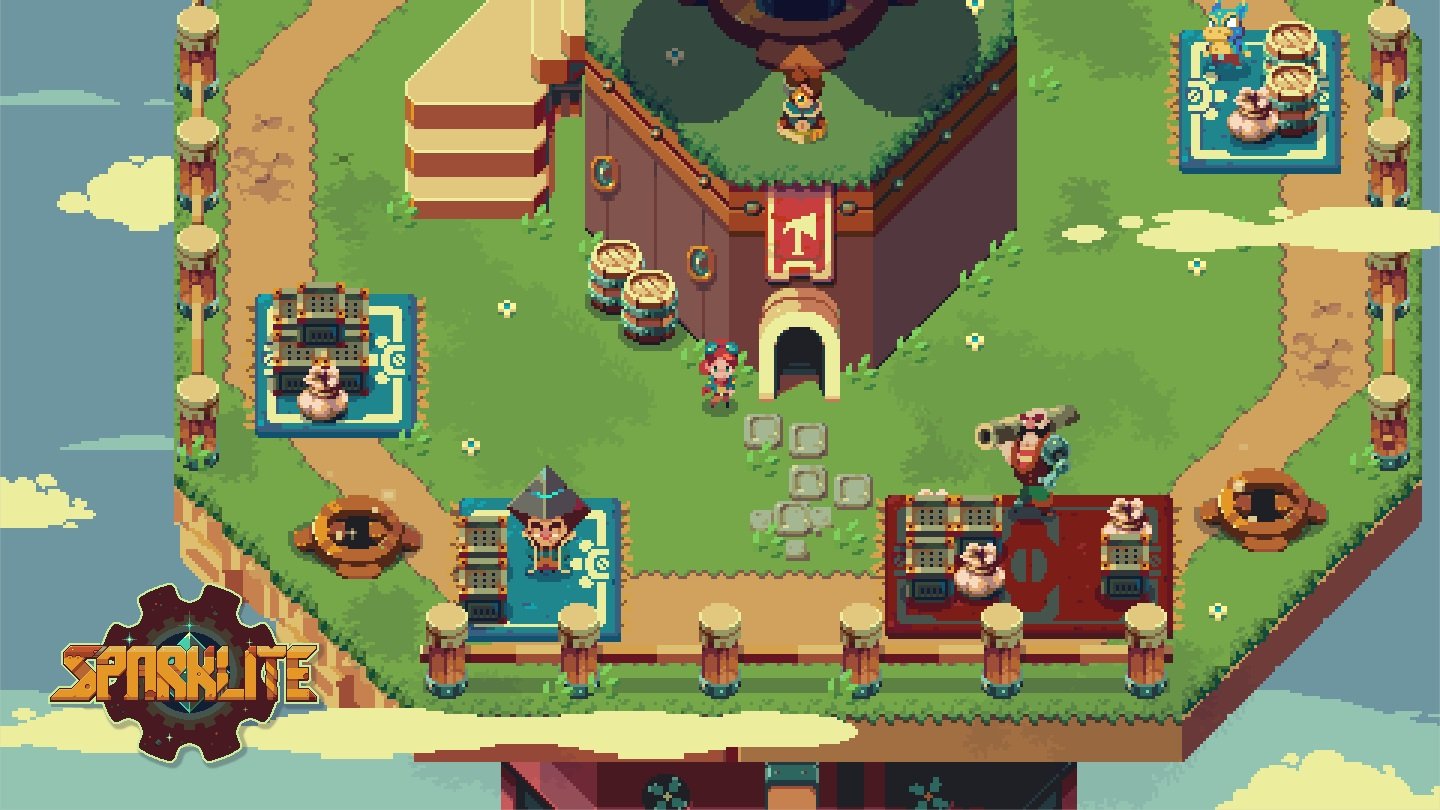 One of the most interesting things about Sparklite is the light procedural generation that’s applied to the game map. Every time you return to the hub airship, the world below changes slightly as earthquakes caused by over-mining shift the landscape. Falling in battle automatically returns you to the airship (via a giant claw from a U.F.O. catcher), so if you have a particular layout you like it’s best to play cautiously to keep the world from changing on you.

I didn’t get to play Sparklite for very long, but I was impressed by what I saw.  The world is beautiful, the gameplay was entertaining, and I look forward to trying it out again in the future. It felt like a game that’s ready for release, but apparently there’s still quite a bit of work to do. Sparklite is scheduled for release in the Fall of 2019 on PC, Mac, Switch, PS4 and Xbox One.