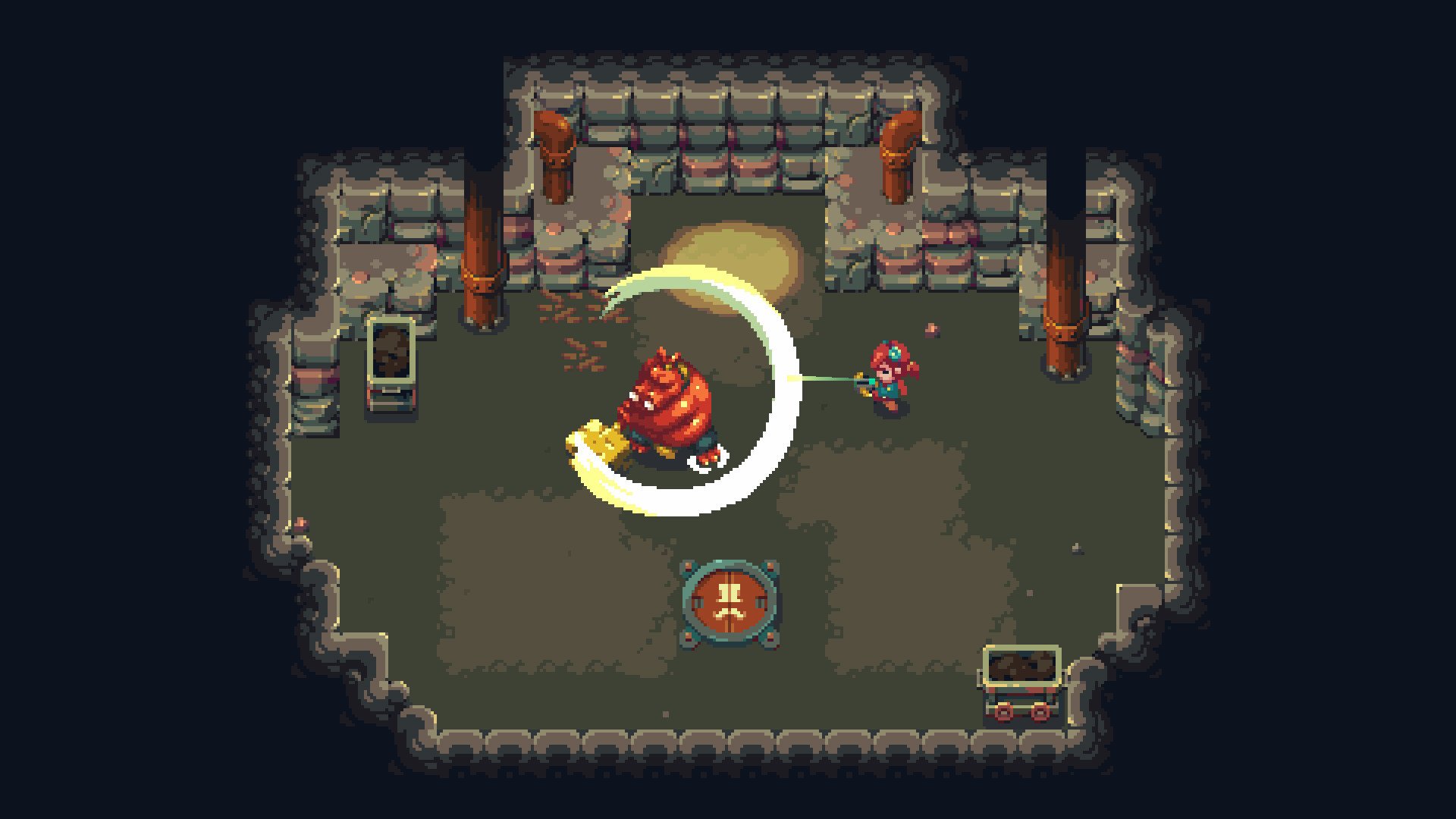 Far too many times I’ve booted up a decently technical roguelike, not liked the presentation, and decided the juice wasn’t worth the squeeze. On the other side of the spectrum, visuals and charm can count for a lot in a frequently frustrating genre, but a nice combination of both brains and brawn makes for a refreshing change of pace.

Sparklite has the benefit of a cherry veneer and a breezy learning curve.

One of the things that really stood out to me is the quick intro and lack of laborious onboarding. I really mean “breezy” in every sense of the phrase, as nothing is overly-tutorialized despite the cute style. Combat is multi-faceted in that it focuses on both melee and ranged concepts, but only just so. The theme of Sparklite is that it’s easy to pick up and play, and even in the mid-to-late stages it doesn’t evolve that much past what was taught early on. Sometimes that’s okay!

That notion extends to the narrative portions of the game, which mostly don’t exist. You’re literally making your own story as you forge ahead through the sometimes tough dungeons, which is going to be a problem for some, and a reason why Sparklite never really ascends to the level of recent roguelike classics. In many ways, it feels like a taste of what’s to come from developed Red Blue Games.

It has all of the usual trappings of a carefree procedurally generated roguelike. Even if you fail your mission you get sent back to a hub zone, where you can casually upgrade your stats and wares over the course of the game. At this point given the sheer number of genre staples it’s a system I prefer, as some form of progression trumps starting over from square one. Co-op (two players total) adds another layer on top if you have a friend to spare.

I had the chance to test out Sparklite on PC and Switch, but I keenly prefer the latter. “Perfect on Switch” has become a meme at this point, but given how low key individual runs are it’s a joy to boot the game up, play for a bit, fail, then take a break. Sparklite makes a lot of safe choices, but encapsulates the adventuring spirit that makes so many of these games worth playing.

[Former Destructoid writer Dale North contributed to the soundtrack. As always, no relationships were factored into this assessment. This game was acquired by a code from a publisher.]