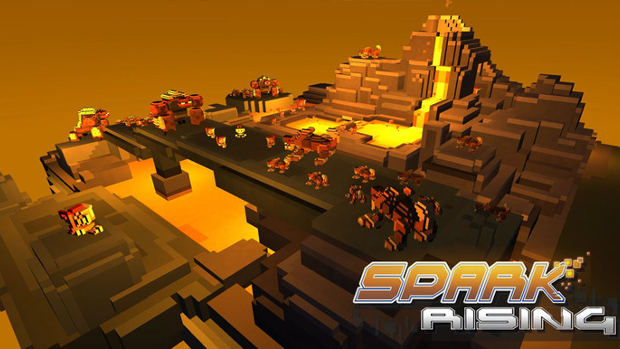 Minecraft with a little more direction, action, and voxels

Spark Rising is “build and battle” sandbox game currently seeking Kickstarter funding. The colorful, blocky title is of course reminiscent of Minecraft and the also-voxel-based Cube World, but with a greater third-person action and strategy game twist. The progression sounds rather neat.

You’re tasked with fortifying your establishments from invading aliens using whatever sorts of creatures you want to dream up with a simple and intuitive looking editor tool. The Kickstarter video showed everything from zombies to dinosaurs to a floating, happy-looking cloud.

As you begin building, you can then take the offensive and launch an imperialistic campaign throughout the game’s galaxy. Battles are solo or co-op as you attack or defend blocky installations. The conquest mode then opens up all the designer and player created content to something like a 4X strategy game of manifest destiny and the subjugation of all your friends.

Neat. Has the Kickstarter video sparked a rising interest in the game for you?