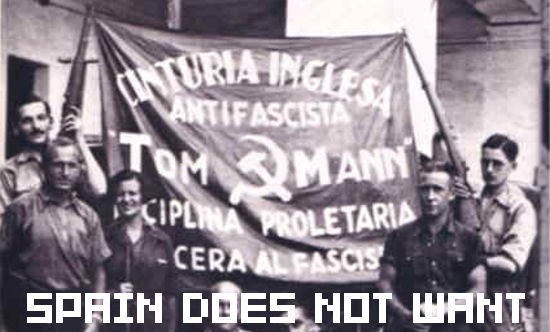 The Spanish civil war is a touchy subject for many Spaniards — hardly surprising, as the war gave rise to fascist dictator Francisco Franco and claimed the lives of around 500,000 people. Perhaps basing a videogame on this period of time, where you can either play as the defeated Republicans, or the victorious bloody fascists, might cause trouble — in fact, it has.

Shadows of War: The Spanish Civil War is apparently the first game to be based on this time period and is upsetting the locals. A daughter of one of Franco’s victims said that there was “no justification for trivialising the killings and the suffering and pain of the victims.” The November 20th release date is also a bone of contention, as it falls on the anniversary of Franco’s death — a date that Spanish fascists spend on commemoration and generally being morons as a group instead of individually.

Of course, the question comes down to just how trivial this game makes the conflict. I haven’t seen this game in action, but I’m willing to bet the people decrying it haven’t either. Just because something is in videogame form, that doesn’t make it trivial by default. I don’t think, for example, that Call of Duty 4 trivialised modern war anymore than war trivialises itself — in fact it was one of the most affecting commentaries of warfare that I’ve seen.

It’s obvious that such a sensitive subject is going to upset people, but I wouldn’t be so quick to take offense about something not released yet. It’s certainly very bold to allow players to take the role of Franco’s side, and that’s something I actually find commendable — nobody would be so daring about World War II. The potential for some very unique and interesting experiences could come of such a thing, but the outrage of many would quickly destroy any such ideals.