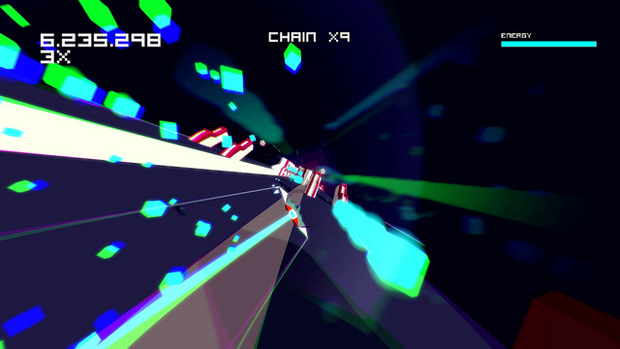 Arcade shooter Futuridium EP Deluxe looked like a good time last we saw it and here’s another, better trailer to go with news of its impending Cross-Buy release on PlayStation 4 and PS Vita. Developer MixedBag has announced a July launch window. Which isn’t super helpful, I realize, but I’ll seize this decent enough excuse to mention the title again.

For this expanded version, there’s a 50-level campaign, a turbo boost ability, and three medals per level (don’t die, reach a high enough combo chain, and win quickly enough) to pad out replayability. At its core, though, you’re still shooting zipping around while shooting at blue cubes. The original classic campaign will be included in EP Deluxe. No word on a price yet.

It isn’t Wipeout, much as we’d like another of those, but it’s looking neat on its own merits.