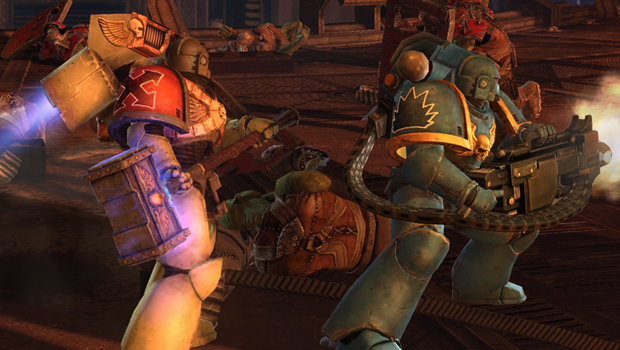 Warhammer 40,000: Space Marine is getting its free co-op DLC, “Exterminatus” on October 25. The update will launch for Xbox 360, PS3 and PC versions of the game at once, according to Relic Entertainment.

In case you never read our preview of the mode, Exterminatus is a four-player survival mode in which players take their existing multiplayer characters and face off against hordes of increasingly challenging Orks and Chaos Marines. The three character classes from the competitive mode are features, with all your unlocked perks and customizations.

Relic isn’t done with the game, either. It has promised that more downloadable content is planned for Space Marine.

I’ve been looking forward to Exterminatus, but Relic has unfortunately taken far too long. There are too many games out or upcoming and I can’t say I’ve got the time or mental resources to factor Space Marine into my day anymore. It’s a shame, because I love the game. What a weird thing to do with a game mode.