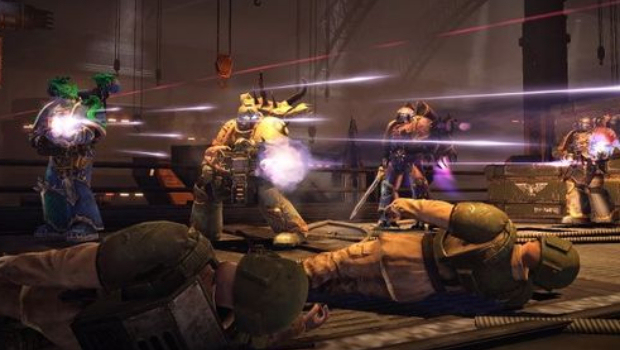 Warhammer 40,000: Space Marine is due to receive its first paid downloadable content in December, with a “Chaos Unleashed” expansion to the freely released Exterminatus co-op mode.

Up to four players will be able to step into the ceramite boots of the Chaos Space Marines and tackle a host of fresh maps, as well as fight all-new units like Imperial Psykers. The new stages shall be called Habs Ablaze, Station Tertius and Aquila Canyon, and there will also be an added competitive multiplayer mode, Capture the Flag.