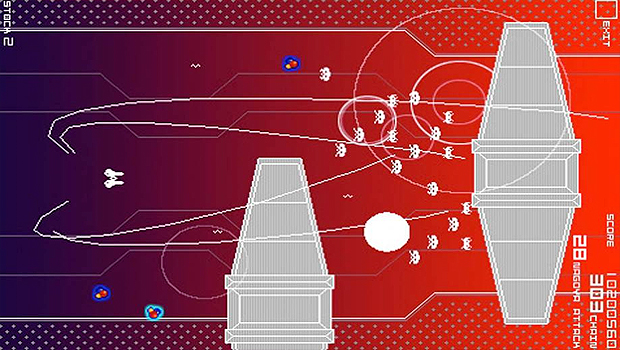 If you’re an Android owner like myself, chances are you’re probably more than a little envious of all the great games that wind up on the App Store. Luckily, every so often one of those titles makes its way over to the Droid Market and helps make life on the Wild West of mobile devices a little more bearable. Such is the case this week with Space Invaders: Infinity Gene.

It’s taken two years but Taito’s latest shooter is finally making its way onto Android devices. Infinity Gene isn’t only a brilliant reimagining of a classic series, but is absolutely stunning and features a fantastic chiptune soundtrack. Android-owning shmup fans that have yet to play the game on iOS or the HD console version are in for a real treat.