It’s kind of ironic that we came across this expensive bag on a Web site called Cheap Ass Gamer.

Cheapy D and the Mrs. Cheapy D were shopping in the upscale, semi-ritzy Tokyo shopping district called Ginza when they came across the above pictured bag in a store called Idea Seventh Sense. The official Space Invaders handobagu seems pretty cool with its invader eyes and subtle repeating pattern. But I don’t know that it’s worth the 20,000 yen (almost $200) asking price.

There’s also a smaller version (see it after the jump), but no price was given for it. It’s probably overpriced as well.

Cheapy says that he didn’t buy either, but thinks that an effeminate Japanese guy could probably get away with it.

Do you have enough gamer pride to rock a $200 accessory? 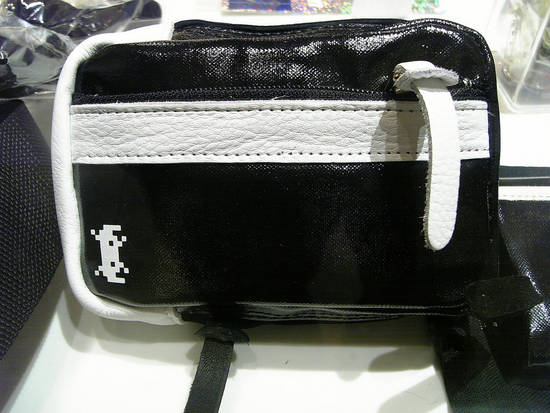