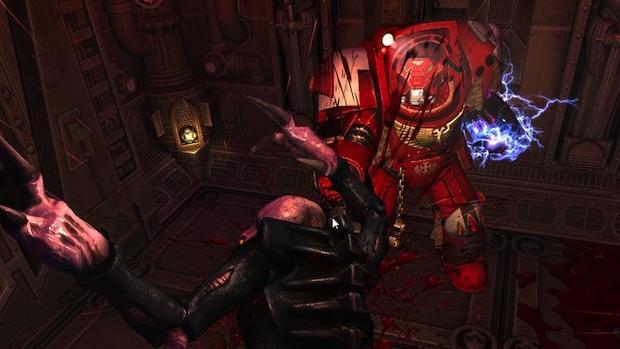 Perhaps to keep his space wallet from being space pickpocketed

We haven’t seen much from the videogame adaptation of the board game Space Hulk since its initial reveal. During GDC this year, GameSpot was able to see a gameplay demo, and it looked rough around the edges, to put it lightly.

These screens look decent enough, with dashes of color thanks to muzzle flash, electricity, and gore. The setting is still suitably dreary but bland, for better or for worse. I’m mostly interested in the chain hanging from the space marine’s belt loop. Are those handcuffs? Does he intend to book the Genestealers and take ’em downtown?