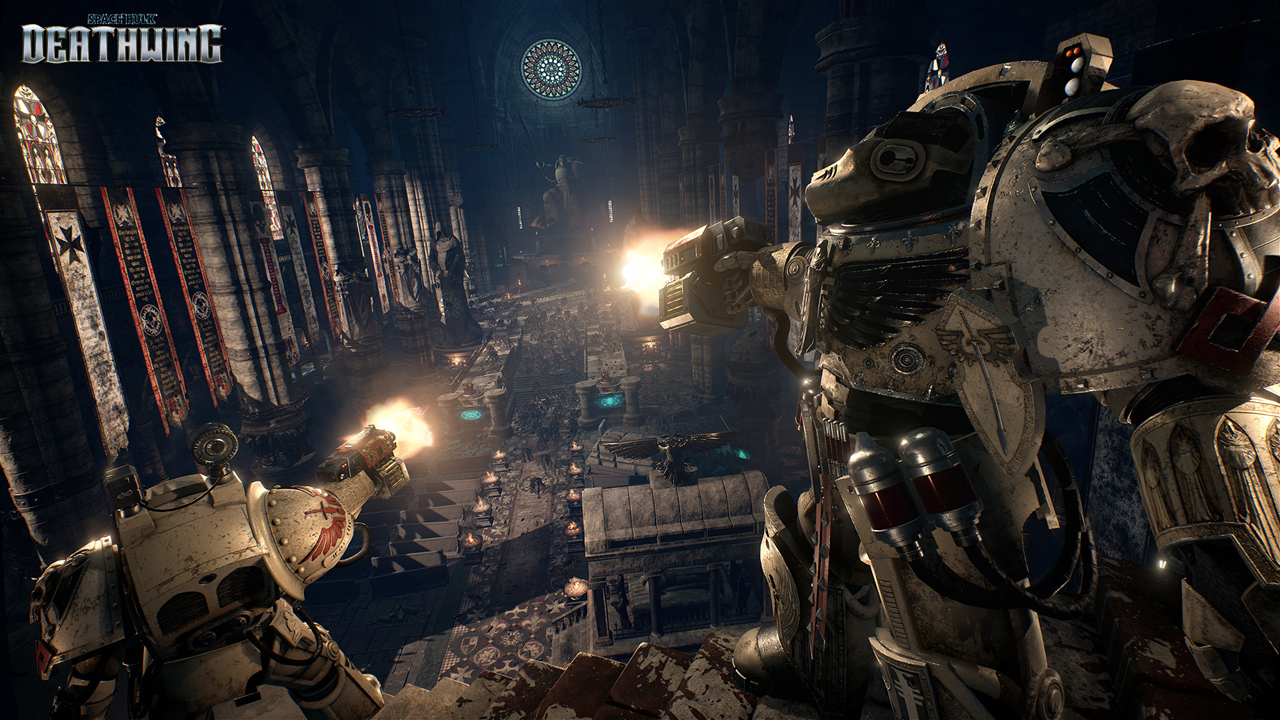 In recent years, a bunch of different games have drawn from Games Workshop properties. Some were good. Many weren’t. I have long since learned to not get too invested pre-release. It’s just easier that way. But there is one title I’ve kept up with for years now: Space Hulk: Deathwing.

Not to be confused with that other Space Hulk, which more closely resembles the board game, this is being made by the folks responsible for the real weird, real ambitious E.Y.E.: Divine Cybermancy — not that you’d know it from these images. They look spectacular!

Check ’em out. I’ve also tossed in a couple older screens that show what Deathwing is like in first-person. It’s nice to have that contrast.