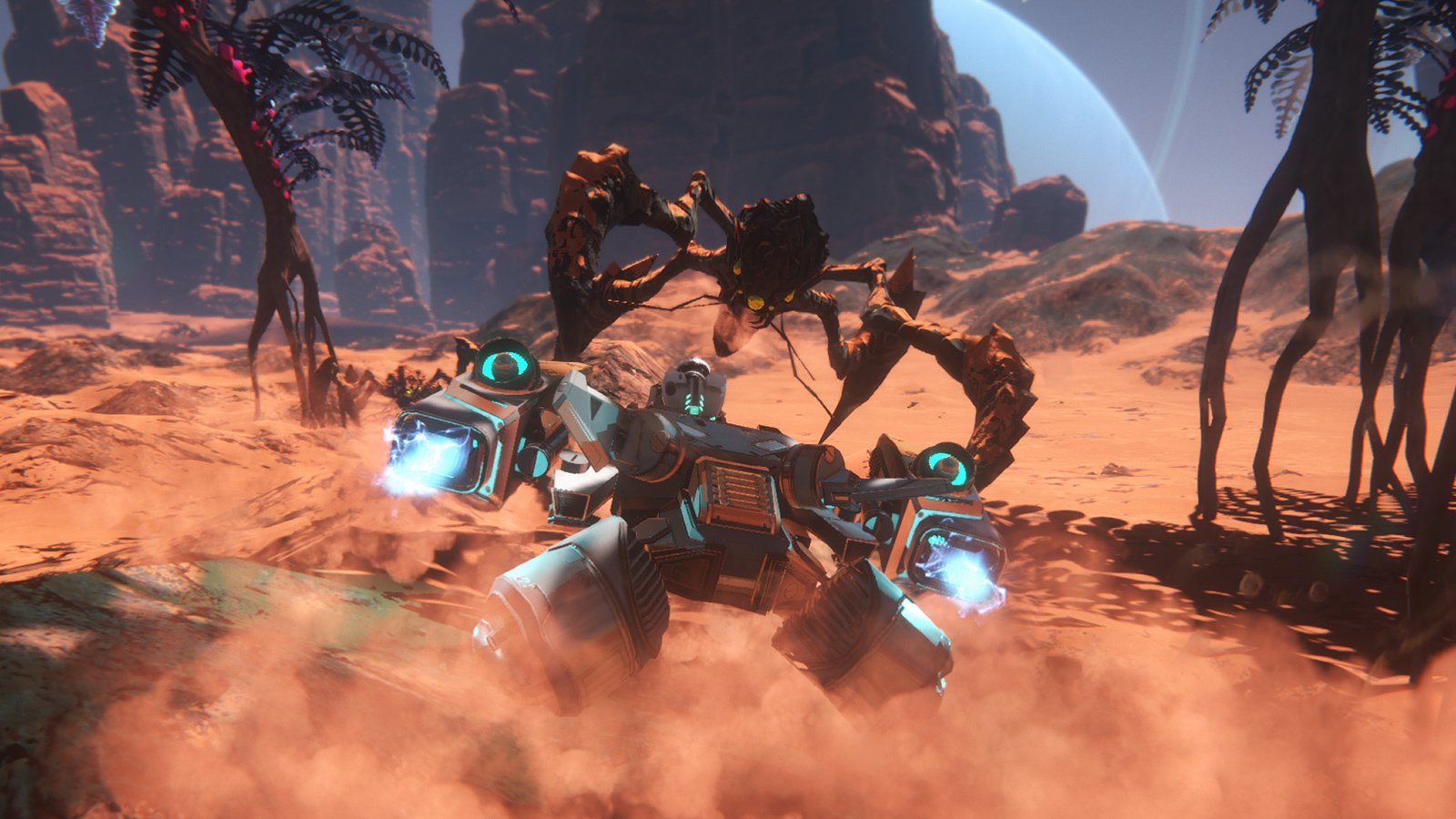 Survival games: folks still aren’t tired of ’em, particularly when they let people venture off into space. That’s when we start getting into “dream game” territory for certain players and the money comes pouring in. Unsurprisingly, the ambitious new PC game Osiris: New Dawn, having debuted on Steam Early Access today, is off to a strong start. It’s currently the platform’s number-one seller.

Osiris splits its time between exploring, crafting, and combat (first- or third-person), setting you out to “colonize worlds of incredible wonders and unforgiving dangers.” Notably, it has multiplayer. That’s a real big-ticket bullet point. “Work together with online players to build a prospering colony and together defend against threatening alien species, survive environmental phenomenon including meteor showers, and attacks from other online player colonies,” reads the game’s summary.

“We’ve built Osiris to have a great technical framework which will allow us to continually add new creatures, game modes and visual elements – we want to stuff every possible inch of coolness into this space adventure,” says two-person development team Fenix Fire Entertainment. “Our plan is to provide consistent major updates throughout Early Access as well as create an entire Solar System to visit before the full version is released. We estimate it will take about a year to get there.”

It’s Steam-only for now, but PlayStation 4 and Xbox One ports are on the roadmap for 2017. I don’t doubt that, similar to most work-in-progress survival games, this will be entertaining. But what I wouldn’t give for a finished game like this that achieves everything the developers set out to do.